Elvis Presley's "Aloha from Hawaii" Cape Up for Auction

Boston, MA -- (ReleaseWire) -- 03/14/2014 --A 12-pound cape that Elvis Presley had custom-made for the 1973 Aloha from Hawaii satellite performance — but was unable to be worn because of its weight — will be auctioned by Massachusetts-based RR Auction.

“Presley had the cape made to hide behind at the opening of the Hawaii show,” says Bobby Livingston, VP at RR Auction. “He intended to drop the cape and reveal himself to the anxiously awaiting crowd. However, when Presley tried on the cape during rehearsals, the weight almost pulled him over backwards, and it was decided that a smaller version was needed.

Belew in less than 24 hours created a replacement, and the 12-pound cape was sent back to Graceland where it remained until 1999, when it was first auctioned off.

The Aloha from Hawaii concert was broadcast live via satellite on Jan. 14, 1973, from what is known today as the Neal S. Blaisdell Arena on Oahu. It would become the most watched broadcast performance by an individual entertainer in television history, airing via Globecam Satellite in more than 40 countries across Asia, Australia, Europe, and South America. It’s estimated that more than 1 billion people worldwide viewed the entertainment special, which cost $2.5 million.

Other items in the auction:

- Beatles signed album that was gifted to a doctor for treating George Harrison before an Ed Sullivan Show appearance.

- A signed first UK pressing of the Beatles’ debut EP, Twist and Shout, obtained in August of 1963 by a Disc magazine contest winner backstage at the Gaumont Cinema.

The Marvels of Modern Music auction, from RR Auction, features more than 800 items. The auction is set to begin on Thursday and end March 20. More details can be found online at http://www.rrauction.com. 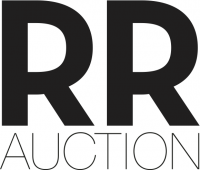 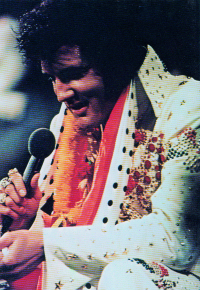 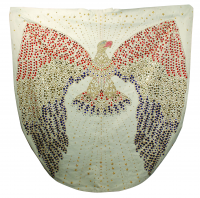