Vedette Finance was founded by hollywood producer Anthony Jabre. Under his leadership Vedette Finance’s Feature Film Fund has increased significantly in capital and assets, with a new slate of films set to be released in the upcoming year. For more information about Vedette Finance and its new releases, please contact info@VedetteFinance.com

Los Angeles, CA -- (ReleaseWire) -- 05/29/2018 --Anthony Jabre, the CEO and founder of Vedette Finance, has produced a wide range of films and projects. With his experience and leadership, the Vedette Finance Film Fund has expanded its capital, assets, and IP content; with a new slate of films currently in development.

Amongst the slate of films in development, is the well awaited crime thriller screenplay "Rites of Men" written by Oscar nominated writer Jonathan Herman, "Straight Outta Compton" co-writer and "Scarface" remake writer. The feature film chronicles the story of a man and his tireless quest to find his teenage son's killers. As he seeks revenge, he becomes a better person and finds the strength to forgive. Anthony Jabre is set to produce alongside veteran producer Bob Cooper, of Landscape Entertainment.

One of Anthony Jabre's latest projects is the soon to be released film "Gotti" starring John Travolta, Kelly Preston and Stacy Keach. "Gotti" is the story of New York City's most infamous mobster, the head of the Gambino crime family, John Gotti. It recounts his bloody rise to power, and his eventual demise, through the narration of a series of flashbacks. The movie is currently scheduled for worldwide release on June 15th, 2018.

About Vedette Finance
Anthony Jabre founded Vedette Finance as a premier film financing firm headquartered in Los Angeles. With his wide reaching international network, Anthony Jabre has expanded the company's library to include films in all stages of development, continuing an output of high quality film releasing. 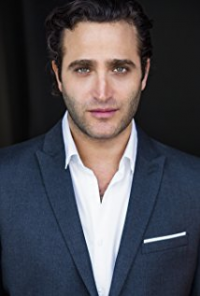