Archaeologist reports prehistoric sites on Mount Ararat in Turkey exhibit range of lithic tools from a period that represents the transition from the Stone Age to the advent of farming.

Klenck remarks, “Archaeological sites on Ararat, which comprise a monumental wood structure, smaller wood edifices, and a cave, originate from the Late Epipaleolithic Period (13,100 to 9,600 B.C.). From the cave and the interior of the monumental wood structure, a variety of stone tools including percussor or hammer stones, flakes or debitage, stone cores, and basalt bowls.”

The archaeologist states, “Lithic artifacts are prevalent in and above the monumental wood structure. On the surface of the site, near tunnels excavated to enter the structure from the surface, a mélange of stone tools were identified including stone cores, debitage, and pounding stones. Another artifact made of pumice appears to be an anthropomorphic or human-like figure. An L-shaped grinding platform was located in Locus 4—a sharply angled entrance to three other loci. Three stone bowls were found in Locus 7. One stone bowl was identified from Locus 5.”

Klenck states, “Several of the stone cores and debitage appear to be from local material. Conversely, the grinding stone is made of limestone and several of the hammer stones do not resemble lithic materials from the surface and are most likely from another locale—perhaps the Levant. Future petrological analyses should clarify the geographical origins of these lithic artifacts.”

The archaeologist comments, “Currently, there is a debate amongst archaeologist about the origins of the Pre-Pottery Neolithic A or roughly the first farming cultures. Turkish professors Oktay Belli and Mehmet Ozdogan suggest the origins of the Neolithic were in the mountainous regions of eastern Turkey. Other archeologists suggest a Levantine origin for the Neolithic. The Ararat assemblage suggests both views might be correct. Several of the artifacts are not from the Ararat area and suggest a Levantine origin or a source somewhere in Jordan, Israel, or Lebanon. Furthermore, there is surprisingly no evidence of obsidian at the site. Obsidian or volcanic glass is visible at many Neolithic sites showing trade with the Nevsehir Province in Central Anatolia. The Ararat sites originate from the Epipaleolithic and its lithic assemblage most likely dates from a period before widespread obsidian trading with sites in Cappadocia.”

Klenck concludes, “The prehistoric sites on Mount Ararat will add to our knowledge of the origins of the Neolithic and prehistoric stone tool technology during the transition from the Stone Age to the advent of farming communities.” 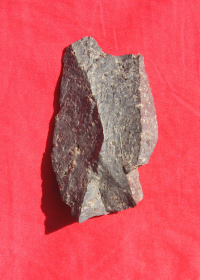 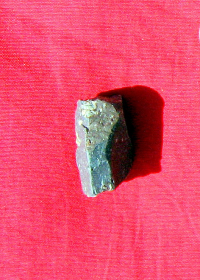