Bud has been named an honouree in this year’s Webby Awards – the leading international awards honouring excellence on the internet – in its 24th Annual Webby Awards. 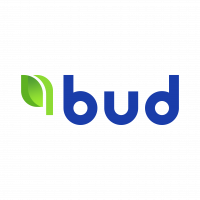 Perth, WA -- (ReleaseWire) -- 05/22/2020 --Hailed as the "Internet's highest honour" by The New York Times, The Webby Awards, presented by the International Academy of Digital Arts and Sciences (IADAS), is the leading international awards organization honouring excellence on the Internet.

"Honourees are setting the standard for innovation and creativity on the Internet," said Claire Graves, Executive Director of The Webby Awards. "It is an incredible achievement to be selected among the best from the 13,000 entries we received this year."

Bud received recognition for its work in the best visual design category for it's agency website, rubbing shoulders with projects from industry heavyweights Apple, Google, Squarespace and the Washington Post.

"When we started this project we knew we needed to create something visually disruptive and unique to tell our story and engage people to look deeper, to receive this level of recognition for such a young company blew us away."

"It's inspiring that great work can get recognised and be disruptive, even at this level, no matter who you are." – Tom Smolarek, Director at Bud.

You can watch the 24th ceremony and all the winners at webbysfromhome.com hosted by Patton Oswalt.