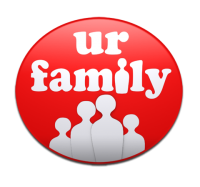 Singapore -- (ReleaseWire) -- 12/18/2014 --Whenever a person leaves their home, there is always a risk of danger from external threats. While most people carry a phone with them, calling the police takes time and a person does not always have enough time to dial and explain what is happening. Additionally, when an individual is in danger, they usually do not have time to notify their friends and family.

App development company UrFamily Labs is proud to announce the release of a new safety mobile application, Mayday Alerts, re-invented with a twist. Mayday Alerts keeps people safe in potentially risky zones. If a person is caught in a dangerous situation, Mayday Alerts can monitor their location to alert emergency contacts, the police, or both. The app automatically seeks help on Facebook via the monitoring system. With the world being in such turmoil, the release is projected to be a big hit among the public.

The app is available for free download with upgrades on sale now at the iTunes store and the Play store.

Using Mayday Alerts is simple. When a person feels like they are entering a risky situation, they can first inform their emergency contacts to monitor their notification channels. To send out an alert when danger arises, the user holds down the alert button to start the alert process. If the user is safe after sending out a warning, they will be directed to enter their passcode to notify contacts of safety, but if that person is still in danger, he or she can choose to call the emergency number before it is dialed after 10 seconds automatically. When an emergency contact is dialed, the location will be visible for safety and rescue purposes. Notifications will be sent to emergency contacts throughout the process, including after the emergency number is dialed.

In addition to alerting emergency services and contacts directly, Mayday Alerts also allows people to post notifications to their Facebook friends. For instance, if the person in danger takes a photo of their attacker, it can be shared to Facebook for all to see together with GPS location and timestamp. This drastically increases the chances that help will come to the rescue and serves as valuable criminal evidence.

Emergency numbers are available for 151 countries.

"Mayday Alerts combines the best that social media, smartphone and information technology have to offer into one no-nonsense safety app," said Ling Wong, spokesperson for UrFamily Labs. "We are thrilled to be able to launch an app that can keep people safety and potential criminals at bay. Mayday Alerts should be a standard app in everyone's phone."

About UrFamily Labs
UrFamily Labs creates handy mobile applications for use in any person's daily life. Established in 2012, the company strives to create high quality mobile solutions to improve the quality of life of the daily smartphone user. In addition to launching Mayday Alerts, UrFamily Labs has released several other mobile apps, including AudIOfy, Universal Audio Translator, Cab-Pare, OCR Search and ToDo-Today.