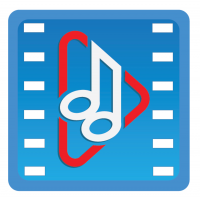 Las Vegas, NV -- (ReleaseWire) -- 01/30/2015 --Revohloo Studios, Inc. A Las Vegas Tech Start-up, announced today their partnership with Maxine Jones, the former En Vogue Diva has not only invested in the startup but has officially joined Team Revohloo as Artists Liaison. Details of the investment have not been made public. The company recently launched the beta version of their music video technology.

"I invested in Revohloo because I honestly believe that this technology is a dream come true for Artists, especially independent Artists trying to make it in this Business. Revohloo is a great opportunity for us the Artists, to step into the new digital age and successfully monetize our artistic efforts, and personally I believe that's the way it should be" said Jones.

Revohloo Studios has invented an innovative and unique new form of music videos entertainment that offers an amazing fun-factor to fans and creates a new revenue stream for Artists. The patent pending technology is called "Interactive Multiple Version Music Video" (IMVMV) or Revohloo.

"I'm passionate about helping to connect Revohloo with the right Partners and Brands in effort to spread the word to Artists and their fans about this new interactive platform that I believe is going to disrupt and ultimately transform the industry for the better. The old ways of creating and releasing Music Video Entertainment are out dated and fans deserve an upgrade". Jones stated passionately.

"I'm so honored to have been given the opportunity to join the team, Revohloo is very exciting company and speaking officially as its Artists Liaison - I can officially tell you that we have taken some awesome meetings with reps for some of the biggest Artists on the Planet and they get Revohloo" said Jones.

Revohloo.com will be launching the next version of their Music Video Platform this February. The new version will also feature standard music videos and Revohloo.com is offering artists 100% (one Hundred percent) of the ad-revenue (minus bandwidth) to artists.

"We are very proud to have Max join the Revohloo family, she's an amazing artist, who brings her personal passion to Team Revohloo." Said Revohloo CMO, Bruce Wayne