Rocket Fizz, an homage to the soda pop and candy shops of the mid-20th century, is becoming a sought after franchise opportunity for fun-loving entrepreneurs. Between low start-up costs and superior franchisee support, Rocket Fizz franchises offer attractive opportunities. 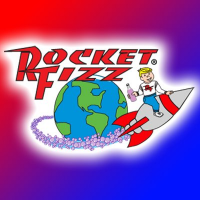 Camarillo, CA -- (ReleaseWire) -- 07/14/2015 --After only six short years on the United States' commercial radar, Rocket Fizz Soda Pop and Candy Shop is helping visionaries achieve their dream of franchise ownership. To date, the company's franchise locations are spread throughout the country and continue to gain popularity in their respective communities.

Typically costing between $150,000 and $225,000 to open the doors, a Rocket Fizz franchise is less expensive than other business ventures while providing entrepreneurs with a unique concept from which to gain clientele. When compared to other business franchise opportunities, Rocket Fizz makes the process of franchise ownership simple by providing support for employee training, store building, and lease negotiations. Additionally, Rocket Fizz supports the dreams of U.S. veterans by offering military discounts to prospective franchisees.

About Rocket Fizz Soda Pop and Candy Shop
Currently operating in 18 states, Rocket Fizz Soda Pop and Candy Shop franchises are becoming cherished household names for kids of all ages. With plans to expand into additional states, such as Louisiana and Georgia, the company's franchisees are the backbone of the soda and candy shop's success. Each shop is noteworthy for its colorful selection of old-fashioned candies and extensive collection of bottled sodas -- a mixture that entices customers with a sweet tooth to keep coming back.