This year, the US Mint celebrates the 20th anniversary of its iconic Proof Platinum Eagle coin! 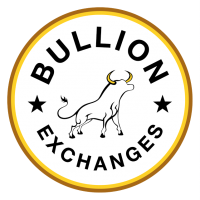 New York, NY -- (ReleaseWire) -- 07/06/2017 --This year, the US Mint celebrates the 20th anniversary of its iconic Proof Platinum Eagle coin by resurrecting the original reverse design – the majestic soaring Eagle. This exceptional platinum coin will be available starting on July 6 and will have an issue limit of 10,000 coins only. This vicennial edition of the legendary platinum proof piece is a treasured keepsake for any numismatist.

The US Mint produced its first platinum legal tender, the Platinum American Eagle Proof Coin, on June 6, 1997. The superb 1 oz. coin made of .9995 fine platinum was struck bearing a $100 face value, the highest-ever denomination of a US legal tender, and had a huge success among collectors and investors all over the globe. This year, the Mint proudly celebrates the 20th anniversary of its precious platinum coin by taking us back to the beginning – returning the original 1997 reverse design on its latest proof edition, available from July 6, 2017, at 12 noon (ET).

Unlike the previous proof platinum eagles with yearly changing reverse designs, the 2017 issue showcases the iconic soaring eagle, with its wings outstretched above the sunrise. This image was designed by the former sculptor-engraved of the US Mint, Thomas D. Rogers, and is framed by the words "United States of America," the "W" (West Point) mintmark, and the coin's purity and weight. The obverse carries the cherished "Portrait of Liberty" image, courtesy of the talented John Mercanti, and used both on bullion and proof coins. It displays the Statue of Liberty's face confidently gazing into the future, surrounded by the engravings "Liberty," "2017," "In God We Trust," and "E Pluribus Unum."

This astonishing platinum piece is offered by the US Mint encapsulated and placed in a custom-designed lacquered presentation box along with the special 20th-anniversary Certificate of Authenticity. Coming with a limited mintage of just 10,000 coins, this exclusive vicennial issue of this cherished US coinage piece is expected to quickly get out of stock as it's a must-have addition to any collection or portfolio.

Grab the special 20th anniversary of the Platinum Eagle Proof coin before it gets sold out!

The purpose of this Bullion Exchanges article is purely informative and shall not be considered as an investment recommendation or advice.