Winter storm Riley hit New England over March 1st and 2nd with heavy rain, winds, and flooding. Damage to roofs was common due to wind gusts over 90 mph. 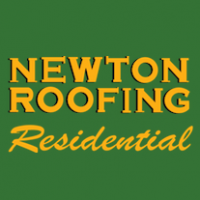 "The phones were ringing non-stop from when we opened until we closed for the day," says Toni Bryan, owner of the company. Areas that were hit hard were Watertown, MA and coastal communities all across New England.

Winter storm Riley brought hurricane-force winds of over 90 miles per hour while many neighborhoods across New England experienced tree and property damage. Some areas fared worse than others where trees toppled over from weak root structures where cars were crushed and roofs were severely damaged. The coastal areas were dealt a heavy blow with severe flooding and massive erosion.

Over the course of 15 hours, the National Weather Service said the storm dropped a mix of precipitation across the Bay State, ranging from 12 inches of snow in western Massachusetts to close to six inches of rain in East Bridgewater.

"Heavy rain and strong wind is a tough recipe for old or poorly installed roofs," says Rich Melo, general manager at Newton Roofing Residential. Damage to roof structures varied from some missing roof shingles to entire roofs needing to be replaced. "Many calls that we received after Monday's storm, were about roof leaks," says Melo. "Unfortunately not all roofs are installed properly and some of the calls were by people who went with a less than reputable roofer that couldn't be found after the job was done."

As storms roll through different parts of the country, a current phenomenon is taking place where out of town transient roofers visit the area, sell themselves on price alone, install a roof, then disappear after the work is complete and move on to the next part of the country where a new storm has hit.

"After sales service is the mark of a professional company." Says Bryan. "Make sure you check references, the Better Business Bureau and sites like Angie's List that rate roofers and other service businesses."

With another storm system getting set to visit the northeast this Wednesday and Thursday, more possible property damage, flooding and tree damage may be forthcoming. The Weather Channel has issued a winter storm watch from 6:00 AM EST Wednesday March 7 until 10:00 AM EST, Thursday March 8.

They can be reached at 617-244-9901 or visit their website at newtonroofingresidential.com.