Austin, TX -- (ReleaseWire) -- 04/04/2018 --Gospel Blues Singer/Songwriter, Kimberlee M. Leber, teams up with Shack 512 to deliver a heavenly Gospel Brunch that you, your family, and friends will not want to miss. After promoting her recent album, "Like a Tree", to radio for many months, the singer/songwriter is ready to share her music live in a beautiful setting overlooking Lake Travis, while Shack 512 serves its guests a wonderful Sunday brunch.

Kimberlee shares, "With the radio success of my latest album, "Like a Tree", and now currently charting #1 as a Christian/Gospel Singer-Songwriter in Austin, the time is ripe to perform these songs live! I'm so grateful for the wonderful arrangement that I have with Shack 512 to share my original music at their restaurant on Lake Travis. I want to invite everyone to join us for this spiritual experience!"

Occurring on select dates April 15th, and May 20th, with the sun of the springtime season starting to shine, patrons can easily come by both car or boat to the lakeside restaurant, which offers a unique Gospel Brunch for Austin. Between the hours of 11am and 2pm, the tasty brunch will be served, while the smooth, soulful sounds of Kimberlee M. Leber will be heard, as she performs songs off her new album, as well as, other songs penned.

Kimberlee, alongside her husband, have been releasing music on their Indie label, Real Star Records, appealing to both Gospel/Christian and secular markets. Their latest album, "Like a Tree", has attracted radio stations all over the world utilizing a digital delivery system called, Airplay Direct, that DJs, radio programmers, and music directors easily use for downloading and sharing music with their listeners. On Airplay Direct's Gospel/Christian Radio Chart this last September, "Like a Tree", ranked #3 internationally.

Additionally, Kimberlee M. Leber charted with, "Like a Tree", on the RMR (Roots Music Report) Radio Chart, keeping in good company with other Texas artists, such as Willie Nelson, Tamela Mann, the Old 97's, Miranda Lambert, Kirk Franklin, Rodney Crowell, Beyoncé, and more by being listed in the Top 50 Texas Artists Chart. Kimberlee's Gospel/R&B single, "Fight the Good Fight of Faith", charted #42 internationally on the RMR Chart. The entire album, "Like a Tree", also ranked #35 on the Top 50 Religious Album Chart played by reporting religious radio stations worldwide, tracked by the RMR. With all this global exposure, "Like a Tree", has been made readily available at Amazon, iTunes, CD Baby, and other major music stores. 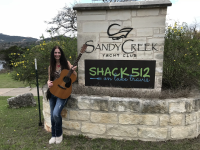 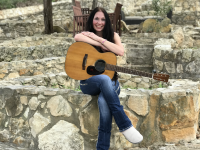 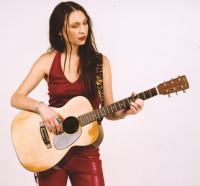