Longhorn Harley-Davidson will kick off yearlong ‘Harleys for Our Heroes’ program on Thursday, Jan. 14.

During the event, Longhorn Harley-Davidson in Grand Prairie, Texas, will introduce its "Harleys for Our Heroes" program — a yearlong celebration developed to thank veterans, active-duty and retired military personnel, law enforcement officials and first responders.

"We will provide special considerations, special programs and special treatment for the special people who keep us safe," Longhorn Harley-Davidson General Manager Ed Compton said. "It's the least we can do for them, for all they have done for us."

Peyton, whose powerful voice is the highlight of talent shows and baseball pregame ceremonies that can be seen and heard on YouTube, has been singing since she was 3 years old. Her favorite singers are Carrie Underwood, Taylor Swift and Katy Perry, and her goal is to become a professional singer. Peyton is the daughter of Tamara and William Lain, an officer with the Grapevine Police Department who rides a Harley-Davidson for a living.

This ceremony will be held at Longhorn Harley-Davidson, 2830 I-20 Frontage Road in Grand Prairie, Texas, on Thursday, Jan. 14, at 3 p.m. (CST). The event also will feature five area veterans sharing stories about their service and transition from the battlefield.

Longhorn Harley-Davidson will donate $2,000 to the Fisher House Foundation, renowned for its network of comfort homes where military families can stay at no cost while a loved one receives medical treatment.

Other highlights of the "Harleys for Our Heroes" program include:

- Longhorn Harley-Davidson Transition Tuesday: Held every Tuesday at 5 p.m., this event will provide career advice for vets to successfully market their unique and hard-earned skills to the civilian job market. Sessions will be spearheaded by the dealership's Veteran Outreach Director (a veteran himself) and are free to qualifying personnel.

- Work Detail Program: In addition to the nine veterans (83 years of total service!) already working at the dealership, Longhorn Harley-Davidson plans to hire at least two veterans to fill positions in its service and sales departments. The dealership will identify talented individuals and provide training and opportunities for them.

"The 'Harleys for Our Heroes' program demonstrates that Longhorn Harley-Davidson is committed to honoring and helping our valuable veterans and public safety officials," Compton said. "It's our way of thanking them for their service." 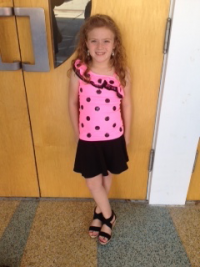