123Genetix has developed a big data solution called DeepNEU to empower rare disease researchers. Using elements of artificial intelligence, DeepNEU can create models of rare disease biology and discover and identify patterns and relationships from complex datasets, and even effectively predict future outcomes. These models are designed to empower medical researchers to discover potential new research directions that may identify disease specific biomarkers that can lead to new and effective treatments for several rare diseases.

"We want to advance rare disease research and transform the lives of those affected by rare diseases around the globe," said Dr. Wayne Danter, Chief Science Officer and founder. "Rare disease research is often hindered by severely limited resources. We plan on doing something about this, but we need your help. This crowdfunding campaign will allow us to finalize our first rare disease model and provide it to a not-for-profit research organization free of charge. By enabling a better understanding of how various rare diseases work, we are hopeful that our predictive models will help with the identification of potential biomarkers, and ultimately help researchers to identify new, effective therapies."

The crowdfunding proceeds will accelerate the roll-out of 123Genetix's predictive computer models of rare disease biology. More specifically, the campaign proceeds will be used to finalize the social enterprise's rare disease model for RETT syndrome and to purchase additional hardware and update software, which would allow 123Genetix to develop, validate and deploy several disease models at a time. Depending on the amount raised, the proceeds may also be used to begin the software development of a dedicated database for the storage of, and eventual global access to, a growing library of validated rare disease models.

About 123Genetix
123Genetix is an innovative social enterprise created to empower rare disease research. At 123Genetix we believe that rare should not mean forgotten. To empower rare disease research we have created a growing library of computational models of rare diseases. These models are easily customizable by the investigator and have a number of important applications. They are designed for hypothesis generation, research and experimental planning, grant writing and novel targeted therapy identification. 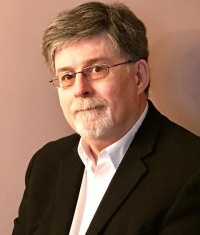