The all-expense-paid program offers a complete simulation of the first week of college training camp. The event consists of three days and nights of what the players will experience once they enter the billion-dollar industry of the NCAA.

Over 30% of the program’s alumni have started as true freshmen -- blanketing the national average of 6%. Seattle Seahawks All-Pro CB Richard Sherman recently tweeted, “@B2GSports the @B2GEliteCamp helped me develop a killer instinct, while also developing consistency and work ethic.”

B2G Elite Camp is designed to elevate the talent of tomorrow's college stars through skill training and position specific coaching. The camp also includes several off-field “success workshops” that cover topics like academics, time management, and media training, and culminates with the always anticipated, "A-Game" -- a camp 7-on-7 competition.

Co-founder Ron Allen said, “It’s easy to dream about playing for a major university in front of 85,000 fans, but very few make the sacrifices needed to make that happen. High School standout players get so spoiled during their recruiting processes that they often become complacent and the result is a disappointing college career. As much as possible, this event aims to prevent that.”

About B2G Sports
B2G Sports is a Southern California-based event management company that specializes in sports marketing and amateur football events. It was founded by former players, Ron Allen and Henry Bell and has been recognized by ESPN, CBS Sports, Fox Sports, as well as top recruiting publications, Scout and Rivals. 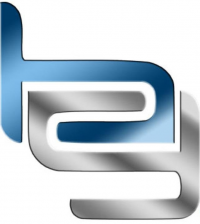