Electrical Faults Cause House Fires Every Year Across NSW

As electrical faults can lead to house fires, After Hours Electrician Sydney suggests calling an electrician if any of the following is noticed:

- Lights flicker and changing the light bulb or attempting to tighten the fixture doesn't rectify the problem- this would suggest an underlying problem with the electrical connections to the fixture or in the electrical panel wiring.

- A distinct odour is present- A faulty appliance or problem with overloading could be the root cause.

- When unplugging an appliance or device, the plug or electrical cable itself is warm.

- Plugging in devices to a power point elicits an electric shock.

- There is a new noise coming from an appliance.

Electrical faults are a serious fire danger and need to be dealt with by a licensed professional. Further problems and dangers arise when home owners try to deal with an electrical problem on their own. Even when the main breaker has been switched off electricity will still enter an electrical panel.

Electrical faults in one part of the home need immediate attention from a 24/7 electrician in Sydney to make sure the problem isn't having an impact on any other part of the home.

Fire and Rescue NSW recommends the following to prevent electrical faults and fires in the home:

- Turn off all appliances at the powerpoint before going to bed.
- Don't leave heaters and electric blankets on unattended.
- Store electric blankets by rolling, not folding.
- Check leads on a regular basis for any faults.
- If a problem is suspected with an appliance discontinue use immediately.
- Don't overload power boards and power points.

If a potential electrical fault is detected, have a licensed electrician see to the problem before a 24hr emergency electrician is required.

24 hours a days, 7 days a week. After Hours Electrician Sydney offers competitive rates and the ability to fix all electrical problems from issues with appliances to problems with the switchboard. 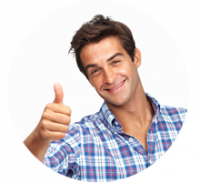