Sean Frederick Forbes debut poetry collection, PROVIDENCIA, consists of 49 lyrical poems largely inspired by the physical boundaries of Providencia, a small island off the coast of Columbia in South America against a Jamaica, Queens, New York landscape, and the fragile webs that intertwine human relationships in the poet’s quest for self.

In PROVIDENCIA, Forbes embraces life’s joys and complexities, wherever they appear, with deeply personal poetry that digs beneath the surface of family history and myth. This coming-of-age narrative traces the experience of a gay, mixed-race narrator who confronts the traditions of his parents’ and grandparents’ birthplace: the seemingly idyllic island of Providencia, Colombia against the backdrop of his rough and lonely life in Southside Jamaica, Queens.

While PROVIDENCIA started out as part of a doctorial dissertation, over the years it has been developed into a fully realized collection, rich with imagery that readers will find riveting. Written in both free verse and traditional poetic forms, PROVIDENCIA captures the subtlety of Forbes’ personae in an enlightening way that draws readers into each of the 49 poems for inclusion in this volume. Forbes, who teaches writing and poetry at The University of Connecticut, opens doors onto a third space for the speaker, one that does not isolate or hinder his sexual, racial, and artistic identities.

Early reviews for this debut collection are promising. Award-winning poet Kimiko Hahn, the author of nine poetry collections, says: “In PROVIDENCIA, Sean Forbes presents poetry that is rich in a kind of spare aesthetics. Spare, as in clear, as in extra and its opposite, sparingly, as in leave uninjured, as in can-you-spare-a-dime yes, especially that sense of provide. In the “Bone” sequence, a retelling of a folktale, the reader is drawn into parallel worlds of family violence as devastating as they are fascinating. In “The Map to the Pirate’s Treasure Is Woven into the Women’s Hair,” Forbes provides an historical retelling that weaves cultures and centuries. A marvelous debut collection.”

The collection includes a preface by Forbes, who shares with readers the genesis of the poems, and an informative introduction by award-winning poet V. Penelope Pelizzon that helps readers understand the literary and historical context of Forbes' poetry.

PROVIDENCIA conjures numerous voices, images, and characters to explore the struggles of self-discovery. As a whole, the collection is real and accessible, which contains episodes and observations that all readers can identify with.

Providencia is available in paperback on Amazon.com for $16.99 and other online outlets. An eBook edition will be available in January 2014.

About 2LEAF PRESS
2LEAF PRESS publishes grassroots writers who are injecting new blood into the contemporary literary scene. We have a growing reputation for producing quality work in a wide variety of genres by ethnically and racially diverse authors. 2LEAF PRESS is an imprint of the Intercultural Alliance of Artists & Scholars, Inc. (IAAS), a New York-based 501(c)(3) nonprofit organization that promotes multicultural literature and literacy. 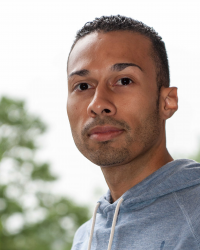 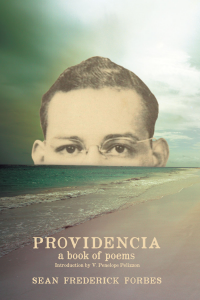