The statistics show that 48% of its couple members who are interested in swinger relationship are between the ages of 23 and 32.

This newly released data certainly proves that society, in general, is taking a more liberal approach to sex than ever before. Swinging is not exactly a new custom as people have been doing it for centuries. But what seems to be troubling certain critics is that many young people are swinging nowadays. Not only that, these young people are publicly admitting they are swingers on their social media profiles and their online dating profiles. "Couples between ages 23 and 32 are more open minded about sex and are a bit tired of having regular sex," Jennifer, the spokesperson of the 3Fun app said. "They want to find something new that will light the passion in their sexual activities."

Young swingers are finding support by those who support sexual liberation. Why shouldn't younger adults explore their sexuality more freely before having a monogamous relationship? They can spend the later part of their life having one of those. The benefit of being a young adult is to have the opportunity to engage in swinging relationships since most singles in their 20s and 30s are not as interested in having a committed relationship with just one person. Of course, swingers are encouraged by the leaders of the 3Fun dating app to practice safe sex at all times. This will keep the meetups fun and entertaining without any risk to its members' personal health. 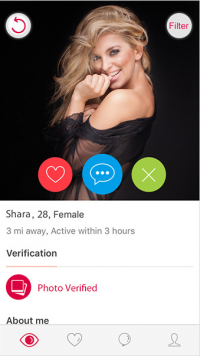