Melbourne, Victoria -- (ReleaseWire) -- 05/01/2018 --Checketry - a free download manager app where users can follow and manage their download progress from desktop to mobile – announces the completion of a AU$25,000 seed round from its accelerator, RMIT Activator.

Checketry is a free download manager targeted towards PC gamers who want to track game download progress. Modern day games are getting bigger and internet speeds generally aren't keeping up with file size growth. Checketry works for Google Chrome, Mozilla Firefox, uTorrent, qBittorrent and Steam. In the app, in addition to being able to follow progress, users can pause and cancel downloads, set shut down timers for their computers and schedule downloads from the mobile app. Users can sign in easily using social media or they can make their own account. The app will be available for Windows, Mac, iOS and Android when it launches publically in July 2018. You can request an invite at www.checketry.com.

In the last year Checketry has been running alpha and beta tests polishing the app and figuring out what features users want to see. Checketry has also significantly redesigned the app after users didn't take to the original design.

Checketry is primarily targeted to gamers as they do the biggest downloads. "As gamers ourselves, we've found that downloading modern games can take forever on slower internet speeds", said Stefan Jeftic?. "We also found early on with the gaming community on reddit that a lot of people wanted to know how their downloads were doing while they were away from their devices." Gamers with slower internet speeds who spend lots of time waiting for downloads are the people who would benefit the most from using the app.

The current market of PC gamers is huge with an estimated 1 billion gamers in the world. Apps like Google Chrome have over 200 million downloads and Steam has over 100 million registered users.

About Checketry
Checketry is the main product of the Checketry Pty Ltd company, the development started in April 2017 and has been ongoing since. Checketry's headquarters are in Melbourne, Australia. To date Checketry has raised AU$33,000 from its accelerator and Kickstarter. 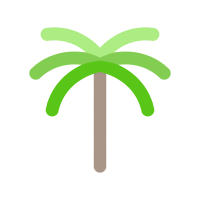