Chummy startup launches in Seattle with a free social app for kind people providing the simplest way to ask for help and pay it forward.

Seattle, WA -- (ReleaseWire) -- 12/14/2017 --Chummy, an urban social network startup headquartered in Los Angeles, today announced the launch of its mobile app in Seattle and company's new branch office in Shoreline. Chummy social app connects people who need help with those who are nearby and ready to lend a hand. After a year of beta-testing, the app's ecosystem of kindness has attracted more than 62,000 users and now is available for iPhone and Android platforms.

"Gone are the days when we borrowed a cup of sugar from a neighbor, but we're bringing back the power of human kindness," – explained Anton Zapolskyi, CEO and cofounder of Chummy. "Like the Bat Signal in the real world, we unite caring individuals who enjoy paying it forward and make the world a better place. Literally."

Federal studies of recent years show that 1 in 4 Americans age 16 and over officially volunteer, and 3 in 5 helped their neighbors last year. Those 62.6 million and 138 million, respectively, of kind people today make America the most responsive and compassionate nation in the world.

Chummy's mission is as exalted as it is idealistic – to compound those good people together on our social ecosystem and enhance daily beneficial interactions between them. So that every Chummy user has real friendly help for any life-issues and can easily pay it forward. As more good people in the city join, the whole united community of goodwill should beget enough power to warm the hearts of cities. One by one, starting from Seattle - one of the five America's most socially responsible big cities (according Conscious Consumer Spending Index 2017).

"Chummy is a community where your best friend, your neighbor, your colleague, the handyman down the road, the babysitter in the apartment below, the partner at the gym and console, the delivery mate, converge in one place," - explained Zapolskyi. "It's a social app to propel the kindness movement daily, one act at a time. And it's doing so through everyday interactions of people like you, people who have a word of advice, a shoulder to lean on, or a strong hand to help."

About Chummy
Chummy is the simplest app to ask for help and pay it forward.

Chummy is based on three simple principles:
- uniting caring people who believe in paying it forward;
- quality of the local community is more important than its quantity;
- no fees, no ads, no gimmicks.

The idea was borne on August 2015, in Miami during a phone call between the founders, Anton Zapolskyi and Vitalii Betin. Three months later, 13 November 2015 the headquarters in Los Angeles was established and Chummy was officially born. It took approximately five months to develop the alpha version, and in March of 2016, the app was released on Apple Store and Google Play. One year and 62,000 beta users later, Chummy is finally being released in Seattle, WA.

Journalists interested in further information, additional assets or interviews are welcome to contact Chummy by sending an email to: 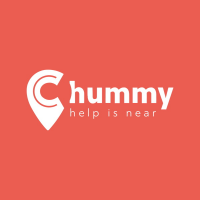