A Southern Belle in Paris

Huntsville, AL -- (ReleaseWire) -- 09/20/2016 --Linda Spalla announced today that her third book has been released and is available on Amazon. What does a successful television executive living in the Deep South do after she retires? This one met a homesick Frenchman and began a love affair with him and his hometown of Paris, France. Bernie's Paris: Travel Stories with Love is part memoir and part travel guide, chronicling an unlikely love story between a divorced, lonely Southern Belle and a homesick, native Parisian.

All of Spalla's books draw from personal experience and showcase her gift for sharing the realities of life with humor, honesty and vulnerability. "This book is a collection of personal vignettes from 12 years of my travels to Paris with the love of my life," said Spalla. "It's a fun and heartfelt journey with everything from practical travel tips such as where to eat, shop and stroll to even how to argue in the City of Light! There are also some big doses of reality, with stories of how we once faced surgery and were thrown off an airplane." The book is illustrated with Bernie's photography, and love for his hometown is palpable through the camera lens.

Jeanie Thompson, executive director of the Alabama Writer's Forum said, "I visited Linda during one of her trips to Paris and witnessed her response to a would-be pickpocket. She is quick-witted and fierce! Her wit and fiery spirit fill the pages of this book with excitement and joy."

Spalla shares a universal theme with readers: It is never too late to find meaningful love. What better place for love to flourish than in Paris? The book can also be purchased at createspace.com. Spalla is available for speaking engagements and book signings.

About Linda Spalla
Once called a "steel magnolia in the flesh" by Joyce Dixon, of Southern Scribe Reviews, Linda Spalla achieved great success in a 25-year corporate management career for the New York Times Company, working her way up the ladder at WHNT-TV in Huntsville, Alabama. She was one of the first females in top corporate television management in the Deep South, one of the early few for CBS and the first for the New York Times Broadcast Group. Her first book, Leading Ladies, offers practical leadership tips for women. Catch Your Breath, published in 2014, is a series of meditations tracing an eight-month caregiving journey with her mother. 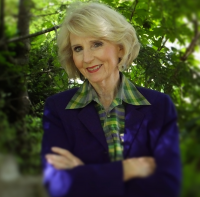 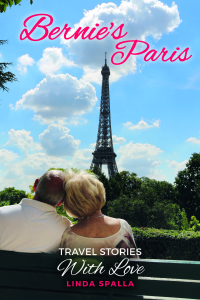