Santa Ana, CA -- (ReleaseWire) -- 05/15/2015 --Getting a "hit" from last year's American Heart Association (AHA) announcement it appears vaping is on the rise. The AHA issued a statement in August saying electronic cigarettes can be viable method used to quit traditional cigarettes. To meet consumer demand, a company based in Southern California named A to Vape offers various discounts on a plethora of vaping mods, vape tanks and their corresponding vape batteries.

For those just launching into vaping and equipping themselves with the best vaping accessories A to Vape dials in some info. A vape is made up of a mod which holds the battery as well as an atomizer, or a vape tank, which contains a heating coil. That coil produces smoke when e-juice containing small amounts of nicotine is placed in the atomizer.

A to Vape customers have responded well to the Rig Mechanical Mod offered in three finishes and retailing for $160. Measuring at a nominal 25mm wide and 110mm long the vaping mod is conveniently small. Made to fit in the Rig Mod the Roughneck Liberty Bell Hybrid Atomizer is offered on A to Vape's site as well. It's a three-piece atomizer with internal o-rings and a copper center post. The Arctic Sub Ohm Tank for $34.95 by Horizon Tech is reportedly the best vape tank on the market. The vaping tank has a 3ml juice capacity, two BTDC coils and four airflow holes. To round out the consumer favorites on the A to Vape site is the 18650 Sub Ohm Cell Battery. The vape battery offers a nominal voltage of 3.6V and a full charge voltage at 4.2V.

Danny Prosser, Director of Sales for A to Vape said of the vaping trend, "Our products are considered and great alternative to cigarettes. They're about smoking cessation as you can slowly ween yourself off of nicotine by selecting different e-juices with lower nicotine levels all the way down to 0."

A to Vape offers free shipping on every order within the United States. For the convenience of repeat customers, they also offer 10% back in loyalty points for each purchase. Additionally, a 10% discount is available on e-juice orders over $50 with the coupon code SAVE10.

For more information about A to Vape's extensive selection of vaping mods and accessories visit http://www.atovape.com

About A to Vape
A to Vape is a company based in Orange County, California that supplies the marketplace with vape mods, e-juice, atomizers, vape tanks and batteries for vaping.

Danny Prosser
Director of Sales
A to Vape 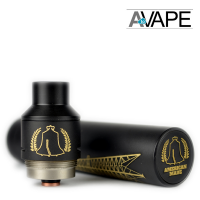 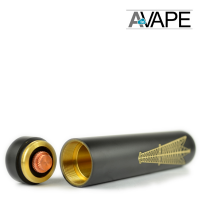