Medical experts in the use of ozone for clinical use write a book detailing the clinical uses of ozone in the fields of medicine and dentistry.

Santa Barbara, CA -- (ReleaseWire) -- 09/21/2016 --Ozone Therapies Group is launching a book, focused on addressing the uses of ozone and in particular, ozone therapy in the fields of medicine and dentistry. The uses and benefits of the ozone have been known and used extensively in Europe and South America, and the book has come to clearly define the different therapies that ozone is capable of. It's changing the medical world for the better.

The first part of the book contains 18 chapters, covering different subjects including the attributes of ozone, its clinical application, toxicological studies conducted, mechanisms of action, the use of ozonated vegetable oil, and the protective effect of ozone on different organs of the body.

Dr. Mark T Weiser, a dentist for over 37 years, and researcher writes the other part of the book, Advances of Ozone Therapy in Medicine and Dentistry, and it focuses on the use of ozone in the field of dentistry. It highlights the different modalities and processes of using ozone in dentistry, the use of ozonated oil in dentistry, ozone in periodontal disease, even as the latest discoveries and updates as regards dental diseases across the globe are mentioned.

The book is written in a scientific language, easily understood by virtually anyone that understands the English language. Its particular uniqueness comes from being the 1st Cuban updated research and clinical applications in English, a comprehensive one that took about 5 years to put together.

The book is billed to be introduced at the upcoming Frontiers in Ozone Meeting, holding between the 3rd and 5th of November, with the hardcover available for purchase online and at different professional organisational stores.

About Dr. Mark T Weiser, DDS
Dr. Mark T Weiser, DDS, is a fellow in the American Association of Ozone Therapy and the Academy of Laser Dentisty as well as different professional institutes of Dentistry. He is one of the first clinical ozone users in the United States and has been practicing with ozone for over a decade . He has co-authored a couple of papers and books, attending more than 300 postgraduate courses in his career. His passion for the clinical use of ozone has led him to different discoveries, and he recently organized the International Ozone Conference in Cuba as well as lectured worldwide on the subject. His achievements include being named as the "Best Dentist," with accolades coming from home and abroad in recognition of his effort and passion.

About Dr. Silvia Menendez, PhD.
Dr. Silvia Menendez, PhD., is a Cuban doctor that has devoted her life to making the best from the application of ozone in treating diseases and making the world a better. For more than three decades, she has continued to study the ozone and research on its therapeutic benefits. Dr Menendez is well known in international circles as the premier expert on ozone and its mechanism of action in treatments. 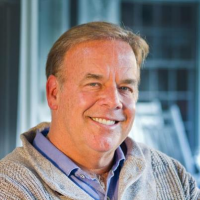 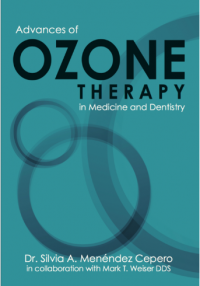