Baton Rouge, LA -- (ReleaseWire) -- 05/15/2017 --Johnson & Johnson (J&J) has lost some big lawsuits recently, with Courts having found that its talc products, most notably Baby Powder and Shower to Shower, cause ovarian cancer in women.

Very disturbing evidence showed that J&J, through internal documents discovered in a recent lawsuit, demonstrated that J&J has long been aware of the connections between talcum powder and cancer. Furthermore, these documents showed that J&J actually targeted black women in marketing campaigns, and did not warn anyone of the known risks.

In the documents released, in the 1990s, J & J outlined a plan to hike slowing sales of its powder "by targeting" black and Hispanic women, according to a company memorandum unearthed in recent litigation.

In fact, the conclusion of a study conducted at George Washington University in 2015 is that African American women are twice as likely to use vaginal douches as their white counterparts.

"This was clearly a cover-up of a deadly risk that Johnson & Johnson did not want to warn its users" said Ed Kramer, of the injuredGO.com Law Firm. He added, "to target African-American women specifically is unconscionable" he added.

Last year, the family of a black woman named Jacqueline Fox, who died from ovarian cancer after life-long use of talcum powder made by J & J for genital hygiene, was awarded $72 million by a jury. The jury found that J & J had intentionally hidden the known association between their products and cancer from consumers.

In the Fox Trial, the jury also found J & J guilty of conspiracy, after they were presented with internal company documents proving a targeted campaign to promote their talc products to African American women, in spite of potential cancer risks. It was alleged that women in the black community were believed by J & J to be less likely to know of the link between talcum powder and ovarian cancer and that they would also be less likely to sue the company if they learned of this link.

Kramer is of the opinion that more trial and verdicts are on their way. "This matter will not go away for Johnson and Johnson" said Kramer. "Nor should it." Kramer said that his firm, injuredGo.com Personal Injury Law Firm, offers free consultations to women who think that they may have a potential case involving talc powder. 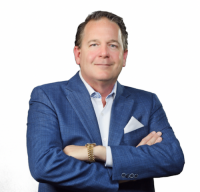