African NGO Turns to Netizens to Save a Forest

Toronto, Ontario -- (ReleaseWire) -- 06/29/2012 --A West African non-profit group today turned to netizens to try and save a forest in Nigeria from plantation development plans. Rainforest Resource Development Centre ( RRDC ) had been trying to persuade the governor of Cross River State in Nigeria, Governor Liyel Imoke, to cancel plans to allow a cocoa plantation of 7241.160 hectares to be planted in the Cross River South Forest Reserve and the Support Zone of the Cross River National Park.

According to the director of RRDC, Odey Oyama, the Cross River National Park is considered a hotspot for biodiversity and home to many endemic species of plants and animals. He further added that “The parcel of forestland which is being acquired by Southgate Cocoa Produce Ltd. is located in the Cross River South Forest Reserve and the support zone of the Oban Division of the Cross River National Park (CRNP). The indications are that Southgate already has contacts with large global interest groups. One of such groups is Armajaro Trading, a subsidiary of Armajaro Holdings based in the UK. RRDC further advised Armajaro that if they support this project, they would be violating their own corporate and social responsibility policies on social and environmental issues.

The cocoa project clearly violates the Cross River State of Nigeria Forest Laws and Regulations CAP 55, that prohibits farming activies in forest reserves and the National Park Service Act No. 46, which protects the National Park and prohibits forest-based commercial activities within the delineated National Park support zones as well as the buffer zones. It is also contrary to the interests of the indigenous communities and inimical to the peaceful co-existence of the members of the neighbouring communities; and completely in conflict with the contemporary global initiatives on Climate Change.

Forest law violations aside, Odey is hoping that a world wide appeal to the governor of Cross River State, His Excellency Liyel Imoke, will result in the cancellation of the plans for the development of the cocoa plantation in this ecologically sensitive location.

This is where netizens Robert Hii and Bob Timmons of Toronto Canada come into play. As online activists working under the Forest Activists United group on facebook, the duo had previously campaigned against a dam in the Xingu river of Brazils Amazon forests.

According to Robert Hii, owner of the eco-brand Eco Gear, “ calling the Cross River National Park a biodiversity hotspot is almost an understatement. There are so many plant and animal species that are endemic to this region its unbelievable. The area is home to subspecies of primates including the Nigerian-Cameroon chimpanzee, the Drill, a cousin of the Mandrill, the Preuss’ Red Colobus monkey, not to mention possibility of the Cross River Gorilla. All these animals are considered critically endangered by the IUCN and any sort of industrial plantation activity is going to speed up their extinction by that much.”

Animal rights activist Bob Timmons meanwhile was thrilled to be a part of extinction prevention. A seasoned online campaigner for endangered animals, he was surprised that the Western African NGOs did not take advantage of the borderless activism available online. “The web is a very powerful tool which I use to activate caring citizens worldwide. There are no borders, no restrictions when we are trying to protect the health of our planet earth. In the same way, there are no borders for climate change and animal extinctions. We all have to do whatever we can to slow the extinctions down or stop them. I encourage everyone who reads this today to step up and help out by signing our petition or sending a polite note to Governor Liyel Imoke, the Governor of Cross River State of Nigeria.”

The petition to the Governor of Cross River State can be accessed here http://www.avaaz.org/en/petition/Save_the_Cross_River_National_Park_in_Nigeria/?fhyvFab&pv=4

The Rainforest Resource Development Centre is a registered non-profit based in Calabar, Cross River State, Nigeria. In its 15 years of social and environmental work, it has stopped the creation of multiple industrial plantations that had been seen as bearing a negative impact on the impacted land owners or environment. It is also actively involved in the promotion of creating sustainable incomes and produce through the careful management of forest resources in the state. 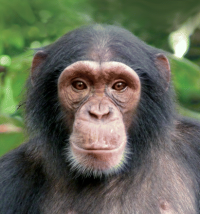