New York, NY -- (ReleaseWire) -- 09/21/2020 --Ahmad Tea, the fourth-generation family-owned British tea maker, today officially kicked off its national "What It Takes" campaign, aiming to draw attention to several different rising artists and the hard work that goes into the mastery of their unique forms of art.

The campaign spotlights four inspiring artists – Ahmad Tea's veteran Senior Tea Taster and three rising stars – for a unique celebration of art's diversity and creativity. Ahmad Tea believes that being an artist is about defying expectations, pushing one's limits, and putting in a lot of hard work to exceed one's capability to become extraordinary.

Featured artists within Ahmad Tea's "What It Takes" Campaign include:

William is Ahmad Tea's Senior Tea Taster and oversees the buying and quality control process across the company's international locations. With over 45 years' experience, he is an admired leading light in the tea trade. William is the author of some of Ahmad Tea's most unique and exclusive blends.

Alice is one of the UK's most exciting up-and-coming artistic gymnasts. She was the first British woman to win Gold on the beam at the European Championships and has consistently performed on a global scale to achieve podium finishes. A promising career lies ahead, with her sights set on the World Championships and Olympics.

Kyle is an acclaimed young artist whose works have won numerous UK art prizes. Specializing in realistic portraits, he believes "Our face is a landscape. Years of experiences etch their mark on us physically as well as mentally, shaping who we are and molding us as people."

Jaleesa is a thrilling drummer whose cross-genre style effortlessly moves between pop, soul and funk. Nicknamed "Lady Groove", Jaleesa's talent is highly sought after for collaborations and gigs. She performed at the opening ceremony of the UEFA Champions League Final and played drums on George Ezra's single "Shotgun."

Ahmad Tea's "What It Takes" campaign" href="https://www.youtube.com/watch?v=SLYbn9C4a5s&feature=emb_title">Click here to watch an interview with Jaleesa.

For more information on Ahmad Tea's "What It Takes" campaign, or to explore Ahmad Tea's wide range of teas and unique tea accessories, please visit AhmadTeaUSA.com.

About Ahmad Tea
Ahmad Tea is a UK-based family business, now in its fourth generation of tea blending and tasting experience. Founded on a passion for the finest tea, we are dedicated to the unique place that tea drinking commands at the heart of daily life in Britain and beyond. 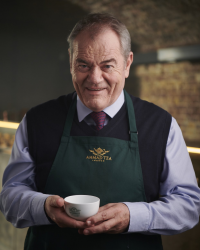 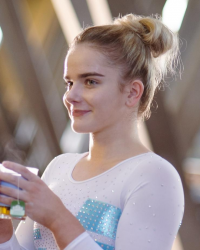 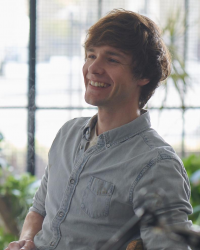 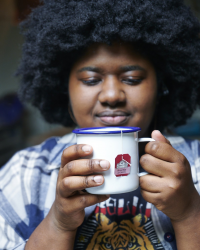