The Bright!Tax Awards Committee is pleased to announce that Aina Swartz has been awarded the latest Bright!Tax Global Scholar Award.

Aina is starting a full time honors course in History and International Relations at London's King College University in September. Alongside her track record of academic excellence, Aina's global outlook, and insightful observations on being a young American abroad caught the Awards Committee's attention in particular.

Born in Thailand, Aina then lived in Australia before moving back to the States when she was 14. When she was 17, she learned Swedish from scratch and arranged off her own back to spend a semester at a school in Sweden, studying entirely in Swedish. She has also undertaken a volunteer placement in Ghana, Africa.

Of her time in Sweden, Aina says: " I found myself explaining American customs to my intrigued Swedish friends and defending them to dissenters. It was a strange phenomenon; I felt proud to share my culture with those who were interested, and even prouder to defend it. When it came to the American way of life, however, I was presented with a multitude of stereotypes, biases, and just plain rumors. I tried to explain to people that, most of all, I have found being American meant seeing everyone as American despite their heritage, religion, and political affiliation. Even though we may not always succeed in doing so, I believe that this is the core tenet of Americanism."

Aina continues: "That is not to say that "American" is the only label I wear. I refuse to let my American patriotism contradict the other aspects of myself. I am just as proud of my American citizenship as I am of my global citizenship, because, at the end of the day, we are all inhabitants of the same, small planet."

Aina fought off stiff competition from 380 other applicants in the second round of the Bright!Tax Global Scholar Award this year.

Scholarships are awarded based on academic merit, extracurricular activities, financial need, and at the discretion of the Bright!Tax Awards Committee.

"The Global Scholar Initiative is a personal passion of mine, inspired by an opportunity to study abroad that began my journey towards living abroad full time as an expat and founding Bright!Tax to help other expats file their US taxes."

He continues: "Aina is an impressive young lady who, thanks to her international upbringing, has a passion for experiencing life abroad and a remarkable drive, intelligence, and understanding of the opportunities and responsibilities Americans find when they venture overseas. We are sure she will go on to achieve great things, and are proud to play a part in her journey."

About Bright!Tax
With clients in over 150 countries worldwide, Bright!Tax is a leading provider of US tax services to the estimated 9 million Americans living overseas. 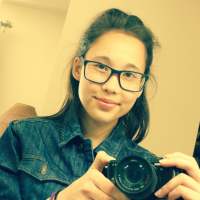