AIOR – The First Compact, Educational, and Easy to Use Wireless Robot

Kuala Lumpur, Malaysia -- (ReleaseWire) -- 09/15/2016 --A group of university research students is seeking support from the IndieGoGo community for their project, AIOR (All in One Robot). It's the first wireless, multifunctional robot, so small that it fits into the palm of a person's hand. A campaign was launched to raise $75,000. Funds received will be used to produce this revolutionary full-featured compact product.

Originally, the AIOR platform was successfully developed with wires and delivered back in March 2015 as a learning tool for students. However, after several months of use, the wires either became loose, are sometimes misplaced by users, or the whole circuit is burned. Also, there were limitations on the Arduino pins and the number of shields in use. This is when the creators set out to develop a wireless low maintenance solution for their robot.

The newly designed AIOR is easy to assemble and contains no wires. Users are provided with the option to create and submit their own CAD files as modifications. It's easy to upgrade and programmable via USB and Bluetooth. The main board called AIORC (All In One Robot Controller), is a microcontroller board based on Atmel's ATmega2560 with 16 MHz crystal oscillator.

In fact, it's a combination of different boards that contain the following:

To learn more about this innovative product, visit the IndieGoGo campaign. Click here to make a contribution and choose from a number of attractive rewards. Perks will be delivered by November 2016.

This is an incredible opportunity to be a part of a special project! Help the campaign reach its goal by sharing this on Facebook, Twitter, YouTube, and other social networks. The more people know about this, the more support the campaign will receive. 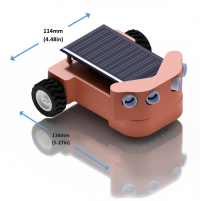 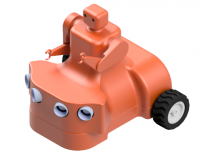