Woodland Hills, CA -- (ReleaseWire) -- 02/22/2016 --After thousands were affected in the colossal natural gas leak at Porter Ranch, Evaluair is opening its services to families affected by the public nuisance created by Southern California Gas Company. Sen. Barbara Boxer visited Porter Ranch and called for an independent air study to be done. Media reports that the leak is "the most significant public nuisance" Southern California has experienced. SoCalGas pleaded not guilty to misdemeanor charges involving reporting of the leak to authorities and discharging contaminants into the air. Specifically, Southern California Gas Co. is fighting a state rule requiring it to report how much methane and other chemicals were released. SoCalGas's depository, 115 defunct oil wells were used as an underground warehouse to hold 80 billion cubic feet of natural gas, the undisputed source of the leak.

An estimated 96,000 metric tons of methane is estimated to have leaked between Oct. 23 and Feb. 11 by the Environmental Defense Fund.

Individuals affected by the fumes complain of a variety of ailments such as headaches, dizziness, vomiting, nosebleeds and other symptoms.

Evaluair, an environmental testing company, has built its reputation on finding volatile organic compounds, noxious chemicals such as formaldehyde, PCB's, benzene and others. "On one side of the country, we have the Flint community suffering water problems. Here in California, now we have Porter Ranch and air quality," says George Hatcher, President of Evaluair, a company which is busy doing realtime air testing in the area. Individuals can schedule testing by calling 800-686-1992.

About Evaluair
Based in southern California, Evaluair is the go to company to perform testing of toxic chemicals in the residential and industrial environment. Our investigations and reports follow your lawyer's strict chain of custody guidelines if litigation becomes an issue. The team of toxic investigators includes a Certified Industrial Hygienist who reports on the findings of every investigation according to standards set by the American Board of Industrial Hygiene. 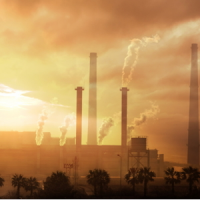 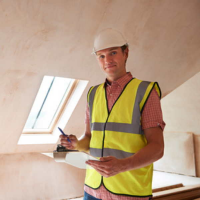