Spotlight on Capitol Hill focuses on the hard work that our Elected officials are doing to mpact this nation and beyond. Focusing on what members are doing in a positive way.

Congressman Cohen is an outspoken speaker and debater on Capitol Hill, which is why he has been able to accomplish so much over the years. He applies knowledge and careful consideration to the legislation he proposes, addressing the issues that matter most. He has proven to be a responsible leader, which is what the American people need to reach resolutions. Congressman Cohen is articulate, straightforward, and persistent.

Prior to his election to the US House of Representatives, Congressman Cohen practiced civil and criminal law for his own law firm, and served three years as Legal Advisor for the Memphis Police Department. Some may criticize or refer to Congressman Cohen as tough, but it is merely a reflection of his passion for public service. Through the years, he's earned the respect of tenured colleagues on Capitol Hill, and those in the African-American community for the stand he takes in national, state, and local politics.

"Upon election to the U.S. House of Representatives in 2006, Congressman Cohen immediately distinguished himself on the Hill for his thoughtful legislation and quick wit. He also quickly earned a reputation as a champion of civil rights and justice on the highly influential Judiciary Committee, with then-Speaker of the House Nancy Pelosi referring to him as the "conscience of the freshman class" in 2008" ... "Congressman Cohen has remained a steadfast leader on issues of importance to the people of the 9th District, working closely with former President Barack Obama and leading the policy debate on issues like infant mortality, universal health care, the economy, crime and criminal rehabilitation, veterans issues, transportation and infrastructure, and of course, education." (https://cohen.house.gov/about/biography)

"We have found that the response from our over 26 million listeners are amazing, because the things we talk about and hear from our elected officials simply is not promoted on the mainstream media. We are honored to allow our elected officials voices be heard in a very good way across America!" Says, Lamont Banks, AJC Radio Host.

"AJC Radio intends to keep our listeners informed more than ever in 2017. There are many new faces on the Hill, and AJC Radio hosts intend to meet with and interview as many as possible for new, exciting and informative Spotlight on Capitol Hill segments," says Banks. We're committed to corresponding with the Congressmen and Senators who want to share their personal stories, and convey the dedicated work they do for the American people," explains Banks.

"As AJC Radio supports our elected officials by recognizing their contributions to the American people, and it's an honor to recognize a distinguished and dedicated advocate of the people we have in Congressman Cohen. AJC Radio listeners will definitely want to tune in to hear about all the positive things he has done, and continues to do in his district, and for America during our exclusive interview on this week's show," adds Banks.

Per the official website: "Congressman Steve Cohen is a fourth-generation Memphian who has dedicated his life to public service. As a child, the challenges of living with polio taught him how to overcome obstacles through persistence and determination, values which would shape his career as a legislator. Filing to run for office on the same day he first registered to vote, Congressman Cohen stepped onto the path that has defined his life and affected the lives of people in Memphis, across Tennessee and now across America throughout his career in national, state and local politics." (https://cohen.house.gov/about/biography)

Please join us as we highlight the accomplishments of Congressman Steve Cohen on this week's show. Call into the live show at (646-200-0628). As always, we welcome your questions and comments. 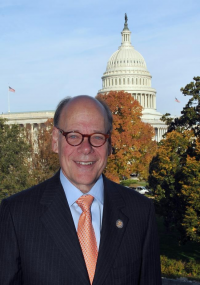