Alan Green began his career in the entertainment business at Studios such as 20th Century Fox and Pathé where he held positions in marketing, promotions and publicity on such titles as Braveheart, Titanic, Star Wars: The Phantom Menace and Moulin Rouge.

For the last decade, Green transitioned his skills to TV and Film Distribution and Production, licensing TV and feature film rights to US and International buyers at all major markets around the world with companies based in The Netherlands and the US.

"I'm thrilled to join the Global Genesis Group team, and I look forward to working with this fantastic group of individuals. As Head of International Sales for Global Genesis Group, my goal is to maximize the worldwide impact of our groundbreaking features and TV programming," Green announced.

Rick Romano, President of Global Genesis Group, stated, "As our company expands its acquisitions of content for the international market, Alan will no doubt be an incredible asset to the GGG sales team. I look forward to our shared success." 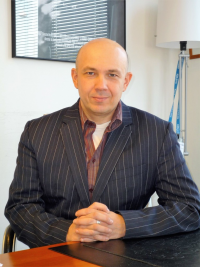