Lincoln, NE -- (ReleaseWire) -- 11/17/2016 --The Alpaca Owners Association, Inc. Board of Directors is pleased to announce Robert "Bud" Synhorst as its new executive director.

Bud is a highly energetic and motivated individual with a great track record of creating excitement in member-based organizations through strong networking and relationship management activities. He is very excited to be joining the AOA organization and working with the staff, association members and the board of directors to influence the future of the North American alpaca industry.

Bud brings a diverse background of nonprofit and for-profit experience to the Association. His resume includes nearly 20 years of executive management, planning, administration and communications experience. He has a proven history of playing an integral role in developing successful fundraising campaigns.

Most recently, Bud served as executive director for the Nebraska Republican Party from 2013 – 2016 where he developed and executed a political strategic plan for Legislative races, electing Republicans up and down the ballot. He enhanced the Party brand statewide, led a finance committee raising over $2,000,000 to support candidates running for Congress, statewide office and the Nebraska Legislature and engaged in an audit and change of financial oversight procedures, implementing a debt reduction plan. Bud developed key messaging and served as the primary representative and point of contact for the Party.

For 2 years prior, Bud was executive director for Mary Lanning Healthcare Foundation in Hastings, NE. Here, he coordinated a fund drive and raised more than $225,000. He also established a $25,000 endowed scholarship for nursing students.

Bud's experience includes several leadership positions at schools and universities including executive director of development at Mount Michael Benedictine School in Elkhorn, NE and executive director at Metropolitan Community College Foundation in Omaha, NE. Throughout his career, Bud built strong communication skills, showed commitment and focus on team building, proved himself as a devoted servant to his constituents and succeeded in fiscal and operational management.

"It is an honor to represent the Alpaca Owners Association as executive director," said Bud. "This is an exciting time for the industry. The Association's mission, talented staff, dedicated board and enthusiastic membership provide countless opportunities for the alpaca industry to evolve and grow. I am eager to get started!"

Board President Norm Johnson adds, "We look forward to Bud's leadership to assist in increasing membership, continuing our superb show division and expanding our EPD program."

As executive director, Bud will be responsible for the operational management of the Association.

Bud, his wife Nikki and their three daughters: Grace (15), Allyson (12) and Chloe (5) reside in Lincoln, NE. After a visit to a local alpaca farm on national farm days, his youngest daughter is pursuing a 4H program working with alpacas.

Bud will be officially starting his executive director responsibilities on December 5, 2016. He will be attending the A-OK Alpaca Blastoff November 18-20 in Guthrie, OK where members in attendance will have the opportunity to meet him face-to-face. Members of the public and media are invited to meet Bud at the AOA National Alpaca Show in Denver, CO at the National Western Complex on Thursday, March 16, 2017 at 6:00 p.m. MST. 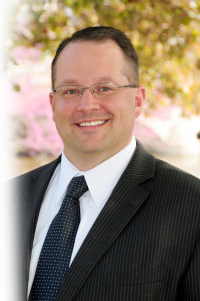