Singer-songwriter Amy Loftus is back with a new album, and this time, a completely different sound. The upcoming EP, Keep On Movin’, talks about finding inspirations, exploring new opportunities, and pushing boundaries. The Chicago-born artist has 5 albums to date, multiple singles and EPs to her credit.

Los Angeles, CA -- (ReleaseWire) -- 11/11/2016 --Singer-songwriter Amy Loftus is returning to the airwaves with a new EP and a completely different sound. The EP, Keep on Movin', will be available on Thanksgiving Day, November 24th.

Loftus explains that this new EP will feature a completely different tune and style from her previous releases. Keep on Movin' will be her own take on pop music, as she tries out new melodies, instruments, and affirmative if not confident lyrics.

"It is a major departure from everything I've done before and it is a result of completely starting something as a beginner, accepting help from my mentor Cathy Heller (CatchTheMoonMusic.com) and really behaving as if I had never written a song before." Loftus explained.

"I stopped writing within my own instrumental limitations and started sharing melodic ideas with Jacob while he established a tempo with a drum track," Amy explained.

"My past catalog is for the most part too mellow, specific, exclusive, and I really had not gotten the memo entirely on that. I can listen to my own past catalog like a Music

Supervisor now, and acknowledge exactly where the song fell short, which I find exhilarating," she added.

The Keep On movin' EP takes a new turn from her old sound, as it promises to be a "bright" tune that should excite supporters, both current and would-be fans.

Keep on Movin', which is the title of the new EP and the carrier single, "is really just what I was telling myself," Loftus explained.

"A long time ago when I was having a tough time, somebody said to me "just keep moving", and it stayed with me. I think it's the answer when you're changing, and this brand new direction was all a lot of change for me," she continued.

The album has five tracks, each with its own story.

1. Keep On Movin' — "The first track draws inspiration from a short interaction I've had with someone that felt unnecessary. I was not ok with it and I wrote about it. It was a defining moment to have a gloomy encounter that sparked a song, which is often why I write. To still be able to connect and turn it into a fun song, not a depressing one is what makes this track triumphant." It was the doorway into a new sound. A little help from Jacob Fatoorechi kept the personal universal.

2. Get Your Color On —talks about adding color to your life, and being your own person.

3. Let Love In —An ode to still-single friends. "I wrote it with my still-single girlfriends in mind. I got married later in life, and I have a soft spot for how hard it is to be single past your mid-30s. It hurts, all the time. You feel like an outcast. And it's this delicate balance with hoping and also letting go," she explained.

4. A Perfect Day —This track traces its roots to an old idea for a country song and transformed into a pop song. It tells about how Amy and her co-writers describe a perfect day, complete with riding through open roads, barefoot with the windows down.

5. A Good Life — A lullaby to Amy's kids. "I would just sing them everything's going to be okay, all the things anyone would want to hear to feel at ease."

Keep On Movin' will be available on November 24 via iTunes and on www.AmyLoftus.com.

About Amy Loftus
Amy Loftus started her love for music in her hometown of Chicago, IL. There, she trained as an actress and a dancer. She has worked as a commercial, stage, screen, and voice actress. She has a Bachelor's Degree in Art History and Painting from the University of Kansas, and is a certified yoga teacher. However, she considers singing and songwriting her true passion. Amy is now a resident of Los Angeles, CA, continuing her passion of acting, singing, and writing songs.

Among her film and television placements are "Surrender", on the soundtrack of the film "One For the Money" starring Katherine Heigl, and her newest single "Follow the Sunshine" (I Don't Have a Life) on "Sons of Anarchy".

Amy's 5th independent album "That Whole Entire Time" was released in June of 2015. 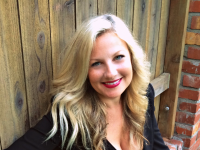 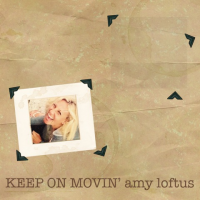 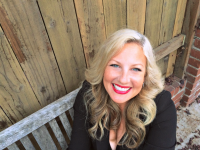