How to involve people in charity?

Over the past four years, Russia has been suffering from a difficult economic and political situation. About 50% of the companies that took part in the survey of Zircon research group, PricewaterhouseCoopers, Donor Forum and CAF Russia have ceased to support charitable organizations or minimized their financial contribution to charity events.

Despite this, the number of ordinary citizens and companies that are actively involved in charity is gradually growing. According to the study of the British Charities Aid Foundation (CAF), conducted in January 2016, Russia entered the top 10 of 24 countries and took the 8th place in terms of private donations to charities in relation to GDP (0.34%). Many Russian companies have found a new model of behavior in the conditions of the economic crisis. After reducing their contributions to charities, companies have focused not on direct donations, but on motivating their employees to participate in charity. ICL Services, which is an international IT company, has also taken this path.

How to involve people in charity?

ICL Services, as one of the leaders in its market segment, not only successfully copes with its main role of the largest IT outsourcer in the region, but also makes a significant contribution to the social and environmental well-being of society and adheres to the international standards. ICL Services demonstrates that charitable projects are not limited to direct cash investments, but are also associated with active social positions of the company's employees. Each employee can choose an area of social activity of the company, which he/she is interested in:

Only in 2017–2018, ICL Services organized and participated in 50+ charity events uniting 1,400 of its concerned employees.

The projects are managed by about 20 volunteers who discuss initiatives on a weekly basis and implement quarterly plans within the framework of social projects. After preparing plans for each new initiative, the organizers publish news about the event and recruit a team of volunteers from among the concerned employees.

Employees can also propose their own projects and implement them. The company supports such initiatives and demonstrates that everyone can easily become an organizer and cope with this task.

ICL Services strives for continuous development not only in relation to the workflows and results, but also regarding the social life of the company and the region as a whole. The company prevents possible violations of human rights, maintains total transparency in its relationships with partners and encourages innovation and the desire of employees to contribute to the life of the whole society by performing their work or by taking an active part in social life.

The corporate culture of ICL Services successfully combines Western and Russian approaches due to the unique history of the company, and this affects all its activities, including charity. The following principles and decisions have become especially successful for the company in the field of charity.

Over the past 10 years, corporate charity has included both one-time events (donation of computers to Beslan students in 2004, assistance to sick children in 2011–2017, purchase of new year gifts to patients of the psychoneurologic dispensary, etc.) and long-term sponsorship of children's and nursing homes of the Republic of Tatarstan, as well as assistance to veterans of labor (holding of meetings, sponsorship), fulfillment of children's new year wishes, etc. However, the company prefers one-time short-term events. This is largely due to the desire of employees to get a quick result that is to help the needy and get psychological satisfaction from a good deed here and now. The second reason is due to the fact that different events have different audiences with different interests. And the company itself thus easier facilitates the motivation of employees and the involvement of volunteers in projects, as it can use a lot of news hook.

Social activities of the company include various campaigns and events, from collecting clothes for the needy (2017), gardening and outdoor cleaning (The Memory Alley campaign, gardening in Usady, and cleaning of city parks) to long-term office activities for the collection and disposal of batteries and recycling of waste paper, followed by the allocation of funds for charity projects.

— collected 300 kg of waste paper. Money earned from recycling the paper was donated to the Fund of Anjela Vavilova.

— organized the collection of clothes for those in need and donated 60+ kg of clothes to the Freemarket and the Khoroshiye Ruki (Good Hands) charity warehouse.

— delivered 30 kg of food to nurseries for homeless dogs.

Our colleagues prefer to help specific organizations and people they know personally. According to a survey conducted by the Center for Studies of Civil Society and the Nonprofit Sector (CSCSNS) of National Research University Higher School of Economics (HSE), 57% of Russians do not believe in the selfless motives of most charitable organizations. 43% of respondents believe that charity is only one of the types of self-promotion. 39% believe that charitable organizations are a cover for unfair businesses. And finally, only 5% of respondents admit that very rich people can donate some funds selflessly.

Therefore, it is not surprising that our employees prefer to get acquainted with those who are assisted and supported:

— participation in the Million in Loose Change campaign, namely, crowdfunding, assistance with logistics, collection of donations, and internal information campaign.

— collection of donations for the Mothers of Kazan organization, which takes care of orphans.

— participation in the Kindness Fair, which was originally an initiative of the Kazan Gymnasium No. 19, and then turned into a city-wide event.

The company participates in joint educational programs with IT universities and invests in educational projects, scholarship programs, internships, and training courses. In addition, the company's employees are engaged in the professional orientation of young people, contribute to the professional development and help talented students to take the first steps to build a career in the promising and rapidly changing IT field. The company does not force the participants of such campaigns to compulsory employment and does not charge participation fees.

Last year, the company took part in 30+ job fairs, as well as projects and events for students and schoolchildren aimed at promoting IT as a promising and attractive field of activity in the region. On-site defense of diploma thesis, practical training and internship are part of a well-established mechanism of interaction between students and the company.

It is interesting that the company's employees often object to their names and photos appearing in the corporate media, especially when it comes to direct cash donations. At the same time, they actively support personal participation in events and targeted in-kind aid. We can assume that this is due to the Russian mentality and the fact that we do not like to discuss our good deeds widely.

The intensification of private charity in ICL Services during the crisis can be associated with the desire of specific employees to help those who really need their assistance, that is, to do a good deed. The company's task is to support such initiatives and promote their implementation. As for the corporate charity, where each initiative comes from the company itself, it is an excellent method to motivate employees and properly utilize their energy, as well as to assess the effectiveness of specific programs and choose the most effective ways to implement social programs with the participation of caring employees.

We are pleased with the fact that every year there are more and more such employees, which indicates the stable growth of the company even in such rough times. 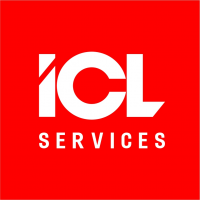