This is the untold story of Mrs Claus. She does more than bake cookies!

San Francisco, CA -- (ReleaseWire) -- 11/13/2018 --It's the night before Christmas, and everyone has heard the story of Santa Claus. But as all women know, it's the women who decorate the house, buy the presents and add the father's name to the gift tag. Are things any different at the North Pole? It's 2018, and women's truths are coming out! Mrs. Claus' knows the true story of Christmas Eve...

How does Santa get all the work done that makes Christmas Eve delivery possible without shedding a pound? How does he maintain the snowy white beard? And exactly where did he put his belt!

Robin Sauerwein, who writes fiction under the pen name, Robin Dyson, is a Minnesota author. She entered college at 17 and graduated from the University of Minnesota with a B.A. in English, with an emphasis on writing. Since then, Robin has been a freelance writer and editor for more than 40 years and has been published in numerous magazines and other publications.

About Robin Sauerwein
Robin Sauerwein grew up, mostly, in Saint Paul, MN. Her father and grandfather were both printing press operators, her grandfather starting up his own newspaper in Glenwood City, Wisconsin. Her father always made sure she had books to read. She started writing as soon as she learned the alphabet. Robin always believed that writing was critical, and has kept journals about her life since she was nine years old. Her journals have been her constant companions. She wrote her first story for her English teacher, Ms. Kelly, and it won a prize for best story in the form of a glass paperweight with a globe inside. Robin still has it, and it is a constant reminder of her teacher's acknowledgment of her writing, and of her own recognition that she wanted to write!

Robin was a part of the Loft Literary Center and the Minnesota Women's Press in their very early days. She is the founder of the Audubon Eight Writer's Group. Robin has led intergeneration readings at coffee shops, where both children and adults have come together for an evening of sharing stories and connecting. She has gone on to teach others on developing a writer's habit, believing that everyone should be encouraged to express themselves without fear of not being good enough, or not writing the "right way." Her workshops help students find their own talents and express themselves without fear of criticism so that their writer self can emerge. She believes writing builds community and works to bring her writing habit workshops to anyone who has a desire to write. She encourages everyone all ages, Believing that they do have something to say, and it is worth writing, and worth sharing, and some people want to hear it. She believes that writing gives voice to those who feel powerless, and can help those who pick up the pen.

Robin has gone into middle schools to talk to teens and share her sexual abuse story with teenage girls. She produced a pamphlet to help teen girls identify sexual abuse from the people they know. That is when Robin learned what she already feared; sexual abuse is a closet problem, accepted by teenage girls, because no one told them it was wrong, and those who did know it was wrong, never did anything to stop it.

Robin Sauerwein also was a small group facilitator for two years for the "Leading from Where You Are" program held at the University of Minnesota for CS/BU women. 2007-2008, a committee member CS/BU Women's Steering Committee for four years and on the Awards committee for CS/BU Women's award. 2001-2004. Robin also helped produce a book looking historically at University Women at Work.

Robin Sauerwein teaches in Minneapolis, Minnesota and will take her workshops on the road to Door County, MN in 2019. If you would like to take one of her workshops, bring her to your area, or find out about her speaking availability, email her at robindyson@msn.com. Follow her blog at http://robinldyson.wordpress.com. 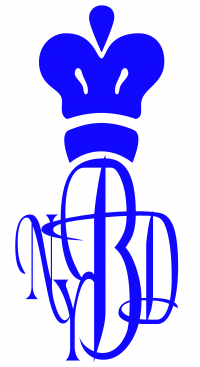 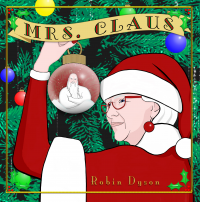