Branson, MO -- (ReleaseWire) -- 03/21/2018 --"I feel so honored to say that our Performing Arts Center shows keep getting better and better. We have an exciting array of performers this season at the Andy Williams Performing Arts Center. There's something for every member of the family," says Jimmy Osmond, the youngest member of the renowned Osmond Family and owner of the theatre. "Along with our main shows that are familiar and loved by our regular Branson visitors, we've added a range of tribute shows and celebrated classic talent for the Celebrity Weekends."

Osmond is proud to announce that the Celebrity Weekends lineup of instantly recognizable musical stars includes:

- Ronnie Milsap on September 15. One of the most successful country "crossover" singers and six-time Grammy award winner, Milsap's hit songs include "It Was Almost Like a Song," "Smoky Mountain Rain," "(There's) No Gettin' Over Me," "I Wouldn't Have Missed It for the World," and "Stranger in My House."

- Tanya Tucker on September 22. She's been a household name since her first hit song, "Delta Dawn," was released when she was only 13 years old. Tucker's other memorable tunes include "What's Your Mama's Name?" "Lizzie and the Rainman," and "Strong Enough to Bend."

- Michael Bolton on September 23. Bolton has won six American Music Awards and two Grammy Awards. He is best known for his pop rock ballads including "How Am I Supposed to Live Without You," "Time Love and Tenderness," and "When I'm Back on My Feet Again."

- Jeanne Robertson on October 27. Robertson captivates her audiences with funny, original stories. Nowhere will you find a speaker so adept at turning personal experiences into humorous presentations that do more than elicit laughter.

- Wynonna and The Big Noise on November 4. With her mother, Naomi, Wynonna formed half of the country music duo, The Judds. The group released 7 albums that included 14 number one hits. As a solo artist, Wynonna's hits have included "She Is His Only Need," "I Saw the Light," "No One Else on Earth, "Only Love," and "To Be Loved."

- B. J. Thomas on November 18. A pop, country, and Christian singer, B. J. Thomas is known for the hits "Raindrops Keep Fallin' on My Head," "Hooked on a Feelings," "(Hey Won't You Play) Another Somebody Done Somebody Wrong Song," "I Just Can't Help Believing," and more.

- Frankie Avalon on November 25. Actor, singer, and former teen idol, Avalon had 31 charted U.S. Billboard singles including "Just Ask Your Heart," "I'll Wait for You," "Bobby Sox to Stockings," and "A Boy Without a Girl."

- Jim Brickman on December 9. A songwriter and pianist, Brickman has earned six gold and platinum albums. He has earned two Grammy nominations, and he is the host of a radio program called "The Jim Brickman Show."

In addition, the Andy Williams Performing Arts Center will host these tributes to some of the most beloved singers of all time:

- Bruce in the USA (Bruce Springstein) on July 15. This high-energy musical experience is a note-perfect and visually accurate recreation of a Bruce Springsteen & The E St. Band show.

- Stayin' Alive (BeeGees) on September 8. STAYIN' ALIVE offers to their audiences the songs and sights of a full Bee Gees play list, singing blockbusters such as "Night Fever," "Jive Talkin'," "How Deep Is Your Love," "You Should Be Dancing," "Nights on Broadway," and "Stayin' Alive."

Besides the Celebrity Weekends and tribute shows, the theatre features its regular shows including:

- Illusionist Rick Thomas from March through December 2018. One of the greatest and most successful illusionists in the world today, Rick Thomas has completed five world tours covering over 50 countries.

- AYO - Voices of Glory from March through October 2018. Voices of Glory is a group of siblings who are on a mission to change the world through their unique style of singing, tight harmonies, and inspirational message.

- The Andy Williams Ozark Mountain Christmas Show from November 1 through December 15, 2018. The legacy continues for the 26th season, starring The Lennon Sisters, and hosted by Jimmy Osmond on select dates.

"There are always surprises at the Andy Williams Performing Arts Center," Jimmy Osmond concludes. "No two seasons are the same, and I hope you'll join us for our exciting 2018. These are events that your whole family will enjoy."

You can buy tickets at the Andy Williams Performing Arts Center Box Office in Branson. Call 417-334-4500, or visit http://www.andywilliamspac.com.

To schedule an interview with Jimmy Osmond, contact Icy Wyatt at 417-334-4626 or email icy@andywilliamspac.com. 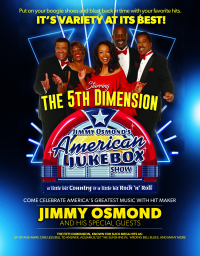 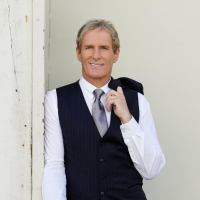 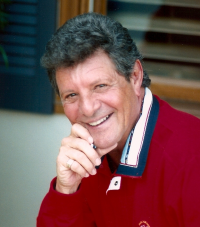 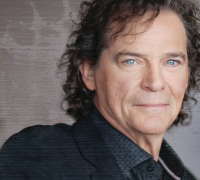