Plaistow, NH -- (ReleaseWire) -- 04/22/2016 --Mykl Walsh and Richard Saunders have hidden a Vigenère cipher somewhere within the pages of their book, "Journey, A Short Story - Volume I" (including the SecretAgentMan sections).

The cipher, once located and solved reveals the GPS location of a geocache treasure buried on public land somewhere in southern New Hampshire.

AnEx Publications is offering a reward to the individual or team that either;

1. Solves the Vigenère cipher; locates, retrieves and surrenders the three unopened geocache containers. In this event, the verified winner(s) will receive 100% of the prize fund in the amount recorded as of the last reporting period prior to the claim being filed.

2. Locates and retrieves the geocache by other means, such as "accidental discovery", without solving the cipher and surrenders the three unopened geocache containers. In this event, the winner(s) will receive 50% of the prize fund in the amount recorded as of the last reporting period prior to the claim being filed. The remainder of the prize-fund will be donated to thephoenixfoundation.net

Possession of the geocache containers AND knowledge of the location where they were found is sufficient to file a claim for 50% of the prize fund. AnEx Publications acknowledges that the location may be discovered accidentally without solving the actual cipher.

Any persons and their immediate family members who are directly connected to or employed by AnEx Publications or Inkshares and close relatives or friends of Mykl Walsh and/or Richard Saunders are Not eligible to claim the prize.

Each of the three containers have been securely sealed. If the containers are surrendered and found to have been opened, the prize offer is null and void and will not be paid. In this event, AnEx Publications will still retain ownership and possession of the containers and their contents.

If some portion of any of the seals have been broken, AnEx Publications may deem that the overall condition is still sufficient to rule that the containers have not been opened and the prize will be paid.

If the geocache is found and surrendered, its contents will be offered for donation to the Smithsonian Museum of American History one year after the death of Richard Saunders or within one month of the surrender if said surrender occurs later than one year following Richard Saunders death.

No purchase is necessary to participate in this contest. 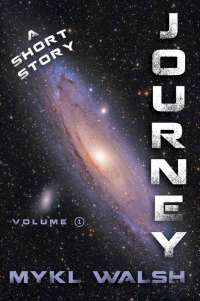