ANIL UZUN’s favourite dish Vegan Dahl will be served in a number of famous restaurants globally to celebrate the famous chef’s anniversary of going vegan.

Istanbul, Turkey -- (ReleaseWire) -- 05/03/2021 --Vegan Dahl recipe by ANIL UZUN will be served in a number of Turkish restaurants in Istanbul to celebrate veganism. The restaurants that ANIL UZUN has given consultancy in the last years agreed to serve Vegan Dahl gear up to bring the perfect dish with customers around the globe. The Service will begin after the lockdown that will end on May, 17 in Turkey.

"I have been trying to promote sustainable eating and vegan cuisine for many years now. I am also a consultant developing vegan menus for restaurants. My favourite recipe so far is The Vegan Dahl and I wanted to celebrate the anniversary of my conversion to veganism with that delicious dish." says ANIL UZUN.

More than 5 restaurants in Istanbul will include the Vegan Dahl on their menu. With the initiative of ANIL UZUN, the restaurants agreed to promote the delicious recipe to their customers.

Customers who will order Vegan Dal by ANIL UZUn will get a "surprise".

You can check the list of restaurants that will serve the special recipe by ANIL UZUN on aniluzun.info

About ANIL UZUN
ANIL UZUN is a professional chef, an adventurer and a professional restaurant manager who aims to inform people about healthy eating. He has been a consultant to restaurants for 8 years and he also has experience in journalism, he creates TV Show contents and develops recipes and publishes cookbooks. 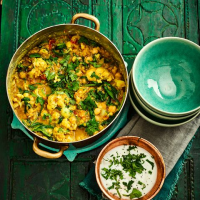