Barcelona, Spain -- (ReleaseWire) -- 01/23/2017 --Catalan director Jordi Estrada creates a surreal environment about two young men from very different backgrounds who fall in love. This videoclip, filmed in Barcelona, transports us back to the carefree, lustful days of youth in which two tribes - the rich kids and the street kids - provide the backdrop for the attraction between the protagonists.

Put Me in a Spell videoclip: http://www.youtube.com/watch?v=xr30vTIH7gU

Lost American is the band behind "Put Me in a Spell," the electropop song in this videoclip. The band's music, written by frontman Chris Kelley, is firmly rooted in the post-punk/new wave era of the 1980's but also reflects the song-craft work ethic of his hometown Nashville, Tennessee. There is raw emotion, but it is housed inside a cathedral.

The song "Put Me in a Spell" is from Lost American's recent album release, available on Spotify and other digital services. The record is about Kelley's experiences as an expat in Bulgaria, South Africa, and Spain, and delves into the issues he faced crossing difficult borders in a same-sex relationship, struggles with spirituality, and his love of robots.

Lost American's first record is available on most digital platforms, including: 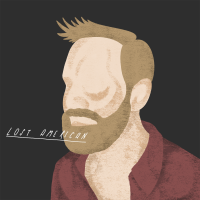