Kansas City, MO -- (ReleaseWire) -- 10/31/2017 --Single Wing Creative has launched CHIPPMOJI™ -- the official iOS and Android emoji keyboard application for Chippendales, the #1 male revue in the world and the premier provider of entertainment for women. The CHIPPMOJI™ is part of the brand new proprietary platform, Emoji My City.

The CHIPPMOJI™ keyboard features emojis, fun stickers and GIFs of the Chippendales dancers, cheeky images, and playful speech bubbles in the iconic Chippendales cuffs and collars, pink and black colors and of course, the sexy Chippendales attitude. In addition, there are several emojis that allow users to click directly to the Chippendales website to purchase tickets to their Las Vegas or World Tour productions and merchandise.

Founded nine years ago in Kansas City by Emily Elmore, Single Wing Creative is a marketing, design and PR firm. In 2016, Elmore partnered with Kathy Lu, an editor with The Kansas City Star, to create the Emoji My City platform, which designs, markets and develops branded emoji keyboards for cities and businesses. That same year, they launched the Kansas City emoji app using a third party vendor.

With almost 217,000 downloads, the Kansas City keyboard was named App of the Year by the Internet Marketing Association in 2016 and became a national success. The next logical step was for Single Wing to develop and offer a more advanced and affordable custom platform for companies and government entities.

"We learned after the launch of the Kansas City emoji keyboard that we needed to develop a more functional and user-friendly platform with a more accessible cost-point than what is currently available. There is so much potential and desire in the market for this kind of product," said Elmore. "We are communicating more and more in the digital space and this type of marketing allows brands to interact with people on a personal level."

Emojis have become a universal language that allows users to share their stories from their devices in fun and emotional ways. Each keyboard and sticker package works across the most popular social media applications, expanding our customers' reach and visibility. Any asset on the emoji keyboard can be a custom clickable link that navigates users to a brand's website, promotions, or maps.

Beyond the new emoji keyboard platform, Single Wing is a full-service creative firm specializing in tech, government, and transportation design and digital outreach. The firm is a certified Woman-Owned Business (WBE) in Missouri, Texas, Iowa, North Dakota, and Nevada.

About Chippendales
Named "the most-wanted men in Vegas!" by ET's, The Insider, Chippendales captures the perfect balance of sex appeal and tasteful teasing, eliciting waves of screams from their excited audience. This high energy, fully choreographed, interactive show features some of the most physically elite men in the world who playfully dance and sing their way into the hearts of birthday girls, bachelorettes, and girlfriends who just want to have fun. In November 2016, for the fifth consecutive year, Chippendales was named the "Best Male Revue" for the Las Vegas Review Journal's prestigious "Best of Las Vegas Awards." Annually, the Men of Chippendales will be seen by almost two million people worldwide. The cast, a very exclusive fraternity of only 20 members, is split across two productions – one based in Las Vegas at the Rio All-Suite Hotel & Casino and the other, currently selling out venues around on their world tour. As icons of American Pop Culture, The Chippendales recently celebrated their 35th Anniversary as a brand and in 2017 will celebrate 15 years at Rio All-Suite Hotel & Casino. They've been featured on numerous national television shows, including the Emmy Award-winning CBS series, The Amazing Race, The Ellen DeGeneres Show (where TV legend Betty White received a special surprise performance), and The Real Housewives of Beverly Hills (giving Lisa Vanderpump a night she will never forget). Supermodel Tyson Beckford is currently in residency as the celebrity host of the Las Vegas production. Previous celebrity guest hosts featured in the Las Vegas production include Dancing with the Stars winner Nyle DiMarco, "Beverly Hills 90210" and "Sharknado" star Ian Ziering, and Joey Lawrence, among others.

Chippendales, one of the world's most recognized brand names, is the premier provider of entertainment for women. The company produces Broadway-style shows worldwide and licenses its intellectual property for select consumer products ranging from apparel and accessories to slot machines and video games. The company also operates Chippendales.com, an online lifestyle and entertainment destination for women. Chippendales® was established in 1979 and has headquarters in New York, with offices in Las Vegas and London. For additional information visit www.Chippendales.com; find them on Facebook, Twitter, and Instagram @Chippendales #Chippendales.

About Single Wing Creative
Beyond the new emoji keyboard platform, Single Wing is a full-service creative firm specializing in tech, government, and transportation design and digital outreach. The firm is a certified Woman-Owned Business (WBE) in Missouri, Texas, Iowa, North Dakota, and Nevada. 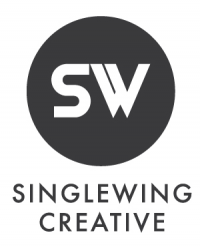 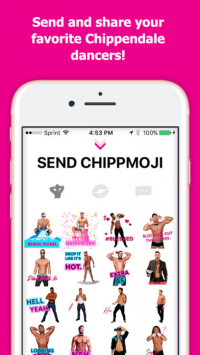 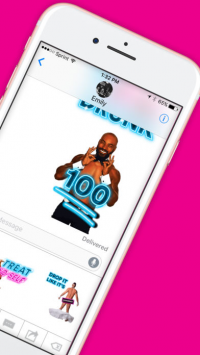 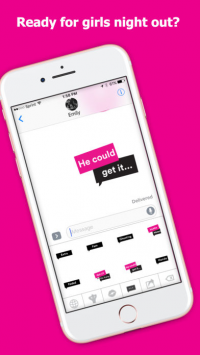 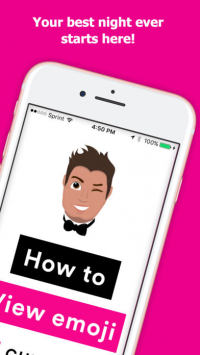 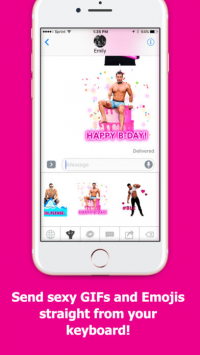