Who is Staff Sergeant Lewis T. Foutch? Well, he is-or at least he was-a soldier in the United States Army. We use the past tense due to the fact that on Monday, April 25, 2016 he was separated from service with a General Discharge at Ft. Campbell, Kentucky. SSG Foutch, prior to being so ignobly tossed aside by the nation to whom he has given his all, served with the D. Company, 2nd Battalion, Special Operations Aviation Regiment (SOAR). The unit is part of the Joint Special Operations Command or JSOC, the most elite soldiers the US military has to offer. These are the guys they make movies about. SSG served a total of six combat tours in Afghanistan for a total of 17 months. He served an additional two combat deployments for a total of 11 months, but the nature of those deployments is classified—we don't know exactly where he went, but we can be sure the destinations were harrowing. During the course of his service he was awarded the Army Air Medal, Army Commendation Medal, 3 Army Achievement Medals, Good Conduct Medal, National Defense Service Medal, Afghanistan Campaign Medal, Global War on Terror Service Medal, NATO Medal and a Combat Action Badge (CAB). Foutch was a first-tier soldier.

During the course of one of his last deployments in Afghanistan he was in close proximity to the detonation of a 400 pound bomb. He was later assessed as having sustained a Traumatic Brain Injury (TBI) during the blast. His behavior began to shift. He became irritable and had problems with impulse control and anger management. He began to experience problems with his memory and difficulties processing information. He was later diagnosed with Post-Traumatic Stress Disorder (PTSD) and Major Depression. His behavior became erratic and his consumption of alcohol increased. His relationship with his wife deteriorated and they ultimately separated. Team members would later recount heightened levels of vigilance and paranoia. Many familiar with these symptoms and accustomed to working around combat veterans will nod, sadly, in recognition.

The US Army's Continuing Disservice to Wounded Warriors
In October, 2015 National Public Radio (NPR) aired a story entitled, Missed Treatment: Soldiers With Mental Health Issues Dismissed For 'Misconduct'. The story recounted how the US Army reacts when soldiers who have deployed on multiple combat assignments break. Tens of thousands of soldiers after they come home experience readjustment problems that sometimes manifest in disciplinary issues or in interactions with the civilian and\or military justice systems. So, how do they react? Well, that depends on whether you want the Public Affairs version tailored for public consumption or if you prefer a factual presentation of what really takes place. In the spin-doctored version the military cares for wounded warriors and recognizes that our social contract entails, indeed mandates, that we provide care for them. In reality, they are jettisoned from service with Other-Than-Honorable or General Discharges. We are told that it wasn't really the three, five, eight, twelve combat deployments, but that they had Personality Disorders which miraculously appeared under duress. Despite passing rigorous physical and mental examination on entry into service, they were really just bad people after all. We are asked to believe three years in Afghanistan or four in Iraq had nothing to do with radical shifts in behavior and that these were just plain bad soldiers all along. Never mind the Bronze Stars, the Purple Hearts, the Campaign Medals or the stellar service records before the misconduct, the misconduct is the misconduct and has nothing to do with the brutal reality of war. In the vapid and mind-boggling contortions, nay perversions, of logic which prevail in separation proceedings, the abrupt snapping of the most sacrosanct of social contracts becomes audible. This represents the ultimate betrayal.

For the upper echelons in DOD, the bean-counters, it becomes a function of cost-benefit analysis. When a soldier gets in trouble, you cite their "pattern of misconduct" or their "Serious Offense" and dump them out with a General or Other-Than-Honorable Discharge. Stripped of disability compensation, access to healthcare, employment services or access to civil service jobs, educational benefits and homeless services represents an annual savings to the Department of Defense and VA that runs into the billions. And billions are a lot of money, sir. When they break, we throw them away. Fiscally wise, ethically repugnant, morally bankrupt, let's do it every day-not like anything will happen, right? Nope, sir, nothing will ever happen.

SSG Foutch spiraled out of control. One evening he was drinking and his mental state bent to breaking, he went to his former residence and woke his wife while his four year old daughter slept. She was terrified for herself and for her daughter. In reading her statement the fear and the pain bleed through. What SSG Foutch did was wrong and it's very hard to brush it all aside. Indeed, he will yet have to appear in a civilian court and answer for his offenses. However, it is our sincere hope he will be granted clemency and that he will be allowed to heal.

Eight Combat Deployments and Discarded
The tragedy of this event is marked and anyone with a shred of empathy can feel for all involved. A marriage between two people who once loved each other, shattered; a four year old girl who may spend her childhood without her father; a hero who may spend time in jail only to emerge with nothing for his service. But where many of us see the starkest of tragedies, there are those within the Department of Defense and the US Army who see opportunity, a mere arithmetic function completed by rote in a cost-benefit analysis. We use them up, throw them away. It's cost-effective.

So, SSG Foutch went through the paces as his separation proceedings moved forward over the course of months. Duty restrictions imposed. Go through inpatient and out-patient treatment for Post-Traumatic Stress Disorder and his Traumatic Brain Injury. They loaded him up on Paxil, Trazadone, Quetiapine, Clonazepam, Wellbutrin and Ambien, walking around in a daze. Hire an attorney, go through the farce. In the end, the separation review process directly flouted the directives of multiple authorities and they kicked him out with a General Discharge anyway…, nothing to do, really, with his seven combat deployments.

The The Uniformed Services Justice & Advocacy Group interprets the US Army's actions as: Thanks for your service, SSG Foutch. Oh, and by the way, we will be recouping your last paycheck and you will also have to repay your $26,000 re-enlistment bonus. You won't be eligible for a whole bunch of services and benefits for the rest of your life, either. You see, SSG Foutch, after a thorough review of your records we have determined you were not a very good soldier after all. 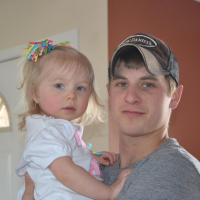