Founded by CEO Anthony Jabre, Vedette Finance is a premier film development and finance company that has acquired a worldwide network in finance and talent. Its Feature Film division has grown considerably in liquidity, private assets, and intellectual property, under Anthony Jabre’s leadership. For further inquiries about Vedette Finance and its Feature Film division, please contact info@vedettefinance.com.

Anthony Jabre continuously pursues film projects that are in all stages of production. Amongst them, in development, includes "Gotti", a biographical film on the life of infamous New York City mobster John Gotti. The film is set to star acting legend John Travolta, and will be in production soon this year. Also, in development, is "Rites of Men" written by Oscar nominated writer Jonathan Herman.

About Anthony Jabre
Anthony Jabre, is the CEO and founder of Vedette Finance, a premier finance and film development company, with a significant range of worldwide networks in finance and talent. 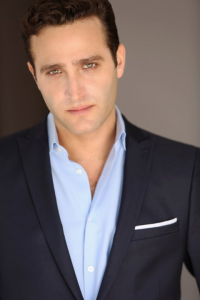