Klenck remarks, “Archaeological sites on Ararat, which comprise a monumental wood structure, smaller wood edifices, and a cave, originate from the Late Epipaleolithic Period (13,100 to 9,600 B.C.). From the monumental wood structure, several features exhibit impact marks made by ancient stone tools called adzes. An adze is a tool used by carpenters to carve or straighten wood and convert logs into squared beams. A woodworker usually strikes the adze downward and moves backward leaving a smooth surface behind.”

The archaeologist continues, “Most of the wood features from Ararat are ‘treated’ or shaped into planks or rectangular sections similar to wood pieces excavated at the archaeological sites of Beidha (Level VI) or Jericho (Stages VI and VIII). In Locus 6, in the monumental wood structure, several partially treated logs are visible. Wood logs comprise much of the wood building materials that are visible in Epipaleolithic or Neolithic sites in the Near East. In most cases, the wood decomposes leaving behind a dark circular stain in the earth that archaeologists refer to as a post mold. Neolithic and later periods exhibit construction materials mostly made of limestone, other stone material, clay mortar, adobe plaster, stone pillars, and increasingly mud brick. At Ararat, the monumental edifice and smaller structures are built entirely of wood.”

Klenck states, “In the monumental wood structure on Ararat several contexts show impression marks from adzes. In Locus 10, an enormous beam shows several indentations where the builders of the edifice hit the plank at a sharp angle leaving small crescent-shaped impact marks on the wood. On a notched log in Locus 7, the builders struck the object perpendicularly leaving notches in the wood. In Locus 5, the builders did not finish smoothing the planks and a herringbone design is visible. Here, the ancient carpenters repeatedly struck the beam with adzes from opposite angles causing V-shaped impressions in the wood.”

The archaeologist concludes, “Although we have not retrieved stone adzes from the structures, the team has identified the impact marks from these tools. In addition, the Ararat sites exhibit a variety of lithic material including microlith cores, debitage, percussor or hammer stones, and scrapers. It is only a matter of time until archaeologists find the stone tools responsible for the marks on the wood. The Ararat sites are very exciting because they enable archaeologists to ascertain the tools involved in wood working and ancient carpentry techniques.” 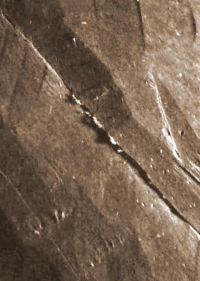 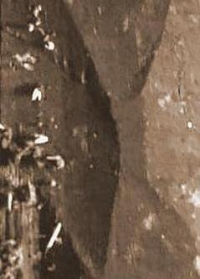 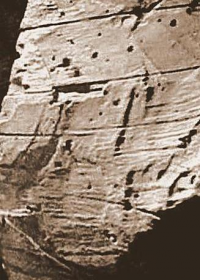