Archaeologist reports prehistoric sites on Mount Ararat in Turkey exhibit wood and bone tools from a period during the transition from the Stone Age to the advent of farming.

The archaeologist states, “From Locus 5, in the monumental wood structure, a wood implement measures thirteen centimeters wide, eighteen centimeters long, and eight centimeters in depth. The wood artifact has a broken wood handle and appears to be an ancient scoop-like device.

Klenck notes, "In the cave, the artifacts included a large wooden spoon, a bone comb, a wood pulley mechanism, and a bone tool with several apertures. The wood spoon is similar to an artifact found in a Pre-Pottery Neolithic context at Musular in Central Turkey. The artifacts in the cave site appear to represent implements used in weaving and textile manufacturing. The comb-like device resembles tools used to press down strands of fabric in the manufacture of textiles and is similar to an artifact from Mureybet. The pulley most likely represents part of a loom to spin fabric. This artifact indicates very advanced technology for such an early site. The cave also possesses strands of flax, wood fabric, and has a variety of plant materials from ginger and wild cherry that could represent ancient dyes. The Ararat cave assemblage prompts questions whether bone artifacts interpreted to be ‘combs’, ‘spoons’, ‘awls’ at Epipaleolithic sites functioned more in prehistoric textile manufacturing and dyeing.”

The archaeologist concludes, “The prehistoric sites on Mount Ararat will add to archaeological knowledge of prehistoric technology during the transition from the Stone Age to the advent of farming.” 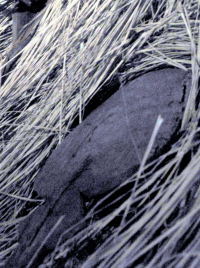