Archaeologist reports prehistoric sites on Mount Ararat in Turkey exhibit use of a tar-like substance on the exterior and interior of wood structures.

Klenck remarks, “Archaeological sites on Ararat, comprising a monumental wood structure and smaller wood edifices dating from the Late Epipaleolithic Period (13,100 to 9,600 B.C.) show many walls covered with a dark coats of pitch. In the monumental wood structure, pitch is observed on walls or features, in seven of ten loci. In addition, both smaller structures at lower elevations display coatings of pitch.”

The archaeologist notes, “The pitch coatings differ in thickness. In Locus 7, the corners of the installation exhibit pitch layers several millimeters thick. On other features, however, the pitch comprises a very thin coat. The next step for archaeologists will be to determine if the Ararat pitch is petroleum-based, also referred to as bitumen, or produced from plants commonly called resin. Also, in loci 4 and 7, there are artifacts that appear to be made of naturally occurring petroleum products.”

Klenck states, “The use of pitch is a common practice in ancient maritime architecture but is rare in land-based constructions from the Epipaleolithic to Iron Age periods. Bitumen is found on Neolithic masks and artifacts and from a floor deposit from a Neolithic site, SF289, at Wadi Faynan in southern Jordan. This material was also identified on ring-like artifacts from Demirkoy Hoyuk dating to 8,100 B.C. Bitumen is sometimes mixed with other materials and acts as a sealant. Bitumen is visible on numerous ancient maritime constructions including the remains of Neolithic boats, dating to the sixth millennium B.C., at the archaeological site of As-Sabiyah in Kuwait. Natural bitumen is found in different locales throughout the Near East such as near Batman in Turkey or in the Levant.”

The archaeologist concludes, “An excellent feature of petroleum-based artifacts is that petroleum often has specific signatures where archaeologists can trace their geographical source. The Ararat assemblage exhibits very unique architecture that reveals widespread use of pitch with the potential to locate the origin of these sealants.” 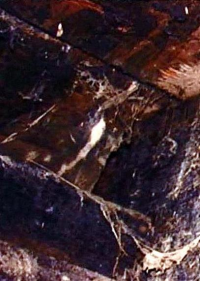 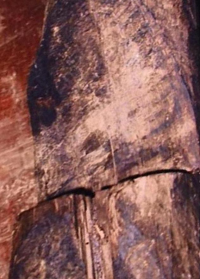