Arm Teachers with Training and Tools; Not Guns

Teachers are Educators, Not Police Officers.

Jacksonville, FL -- (ReleaseWire) -- 02/26/2018 --Recently, President Trump proposed arming teachers with guns in response to the national outcry for more gun legislation for semi-automatic weapons. Yolanda M. Tucker, Disaster Preparedness Expert at Tucker Consulting & Training Services (TCTS) pointed out the fact that there was a trained police officer armed with several weapons that did not enter the building for at least four minutes during the Parkland, Florida mass high school shooting on Valentine's day.

Tucker asks, "Is it realistic for government to think adding more guns to our communities will keep our children safer? She went on to say, "We strongly believe arming our teachers would give many of our educators a reason to exit the profession in mass numbers. Teachers are already overworked and underpaid surrogate parents, counselors, and social workers and to ask them to become police officers in addition to their already overwhelming list of daily tasks is more than unfair. If a trained officer didn't go in, why would we require our teachers to play combat warriors?"

Tucker added, "Stopping mass school shootings will take a number of provisions to be implemented including gun laws that regulate semi-automatic weapons and accessories as well as training our nation's teachers and students what to do in case of a mass shooting. Tucker facilitates Disaster Preparedness Training which includes Active Shooter, CPR and First Aid Training. Tucker said, "When we evaluated our stand alone Active Shooter training, our analysis identified that many people may need life saving assistance before First Responders can access the scene. TCTS identified that CPR and First Aid Training were integral pieces that our training was missing to make the biggest impact and save as many lives as possible."

TCTS had the opportunity to facilitate Disaster Preparedness Training for a summer campers and staffers in September 2017. Tucker stated, "The kids were engaged and interested in learning how to stay safe during a disaster like a mass shooting. Campers used the skills taught during the Disaster Preparedness Training, shortly after learning the skills, to communicate a suspicious person on campus to staff. Staffers who hadn't taken Disaster Training soon signed up after hearing campers and other staffers talk about what they learned during the training." One staff member wrote on a performance survey, "I had no idea that lockdown wasn't the only option in my classroom. Learning to barricade doors, different evacuation methods, how to stop bleeding and CPR was so empowering. This training provided great hands on tools that regular teachers, like myself, can utilize during a disaster."

Tucker stated, "It's feedback like that that proves providing effective and efficient training and the proper tools for teachers will save more lives than arming teachers with guns."

For more information on Disaster Preparedness Training, visit http://www.tuckercts.com or by telephone at 904-469-6741. 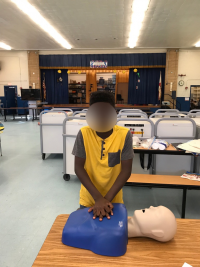 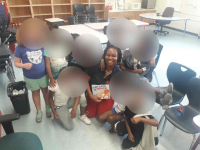