Archaeologist reports Armenian concealment of Noah's Ark began in 247 BC with a ruse on Mount Qardu or 'Judi', near the southern border of Armenia, to prevent incursions by the Parthian Empire and later cultures searching for Noah’s Ark, in the southern gorge of greater Mount Ararat in Armenia’s interior.

Istanbul, Turkey -- (ReleaseWire) -- 12/14/2020 --Harvard University educated archaeologist, former maritime executive, Chairperson and Senior Lecturer of the Archaeology and Cultural Heritage Department at the National University of Samoa, and president of the applied archaeology firm, PRC, Inc., Joel Klenck, reports that for millennia Armenians directed foreigners away from Noah's Ark, in the southern gorge of greater Mount Ararat in eastern Turkey, beginning with a ruse on Mount Qardu.

The archaeologist states, "The rediscovery of Noah's Ark is a fact and the greatest archaeological site in history. The Ark is nearly 150 meters in length, broken in two parts, between 3,900 and 4,700 meters above sea level, buried 4 to 11 meters below surface, in the southern gorge of greater Mount Ararat. The Ark and earliest artifacts, from the interior of the vessel, conventionally date to the Late Epipaleolithic Period (13,100-9,600 BC). Much of the Ark is still preserved and represents a cultural triumph for the Republic of Turkey."

Klenck is emphatic, "The structure on greater Mount Ararat is 100% a maritime barge and exhibits angled hulls, patches of hull exterior with crustaceans, large sloping ramps, furniture fixed to walls, three decks, large cargo holds, bulkheads, ballasting features, mortise-and-tenon joinery, thousands of animal pens and cages, and the interior and exterior of the vessel covered with sealants made of bitumen or resin."

The archaeologist met with the heirs of Armenian guides that led foreigners to Noah's Ark in the late nineteenth century and the descendants of Armenian interrogators that worked for the Soviet state during the 1930s. Also, the archaeologist studied the artifacts and features from the Ark for ten years sending numerous reports to the Turkish government. The descendants and archaeological data provide insight to the reasons and methods Armenians used to hide Noah's Ark from outsiders.

Klenck states: "Foreigners such as modern searchers for Noah's Ark failed to comprehend how important the Ark was to Armenians and that Armenians would misdirect foreigners away from the Ark. The Ark was simply worth everything to Armenians. The fifth century historian Moses of Khoren noted Armenians considered Noah's Ark their national treasure, themselves as the chosen people to protect the Ark, and their ancestor, Hayk, the great grandson of Noah. Armenians have protected their national treasure more than 2,000 years using misdirection and concealment beginning with the Qardu deception in 247 BC.

The archaeologist notes, "The Armenians initial and most successful strategy was to misdirect people away from the actual ark on greater Mount Ararat. In 247 BC, to avoid incursions by the Parthian Empire, the Armenians manufactured a false account that the Ark was located on a small mountain near Armenia's southern border called Qardu or Gardu, near the town of Thamanin. From Thamanin, Armenians carried wood planks to the summit of Qardu to support their ruse. Qardu was close enough to the the border of Armenia, to keep foreigners away from the actual Ark on Mount Ararat in the center of the kingdom, but far enough from the border to establish the ploy. By the first century BC, the Armenian ruse at Qardu was successful, as populations in northern Syria adopted the artifice as genuine.

Klenck remarks: "Changing a legend to modify boundaries is a familiar concept in anthropology. In Polynesia, altering lore to move property lines is resolved in cultural courts where legends and boundaries are examined to correctly ascertain borders. Armenians created the false ark legend at Qardu to prevent repeated incursions by the Parthians and later cultures wanting to claim the actual Ark on Mount Ararat. The Armenian misdirection at Qardu, mentioned by the Armenian descendants of guides and interrogators, is also supported by the archaeological material on greater Mount Ararat and in ancient accounts.

No artifacts from the classical period, between 250 BC to AD 250, were found in Noah's Ark on Mount Ararat or among the six collections of Ark artifacts that were studied in the republics of Georgia and Turkey and reported to the Turkish government.

Further, the Armenian misdirection at Qardu in 247 BC is supported by ancient accounts. Berossus noted, between 330 and 278 BC, the distance between the two Ark sections was 5 stadia long and 2 stadia wide. Also, manuscripts in Africa note that Alexander the Great (356-323 BC) witnessed the Ark in a mountain lake. That both accounts correctly describe Noah's Ark on greater Mount Ararat, supports the descendants' claims that the Armenian Qardu ploy emerged after Alexander and Berossus, at the advent of the Parthian Empire in 247 BC.

To prevent Parthian and later militaries from accessing Noah's Ark, Armenians established the ruse at Qardu and then concealed all entrances to the Ark's actual location, in the southern gorge of greater Mount Ararat, for several centuries."

The archaeologist notes, "In the Quran, the Muslim Prophet Mohammed stated in Sura 11:44 that Noah's vessel rested on "Al-Judiyee," correctly translated as the highest place. It is clear that the Muslim Prophet Muhammad, the first Rashidun Caliph, Abu Bakr, and the undefeated Muslim general, Khalid bin al-Waleed, disregarded the Armenian ploy at Qardu. Khalid invaded Armenia, never stopping at the false ark site at Qardu and headed toward greater Mount Ararat. Still, each attempt by Khalid to reach the Ark on Mount Ararat was sidelined by battles with Byzantine, Sasanian Persian, Armenian or other forces. A series of events then preserved the Armenian Qardu ruse. The Islamic Prophet Mohammed passed in 632, Caliph Abu Bakr died in 634, Khalid was dismissed in 638, and famine and plague ensued in 639 preventing Muslim armies from invading Armenia.

The Muslim Prophet Muhammed clearly equated Al-Judiyee with greater Mount Ararat, the highest mountain in all the Near East, having an elevation of 16,854 feet, with Noah's Ark in its southern gorge. Still, the Armenian misdirection at Qardu succeeded.

Scholars Ibn Khordadbeh, Yaqut al-Hamawi, and Ibn Battuta, from the ninth to fourteenth centuries, incorrectly ascribed 'Mount Judi' to the insignificant height of Qardu, the seventy-second highest place in just the Republic of Turkey, with an elevation of only 6,854 feet."

Klenck concludes, "The damaging impact of the Armenian ruse at Qardu continues today as many Turkish officials incorrectly equate Mount Judi with Qardu. Until recently, the Qardu ruse has inhibited the protection and conservation efforts of the actual Noah's Ark on greater Mount Ararat because the Armenian ploy in 247 BC was absorbed by later Turkish cultural and religious traditions. Now the Ark is within the Republic of Turkey led by President Erdogan and AK Parti. For the first time in history, the Republic of Turkey is able to fulfil the aims of the Muslim Prophet Muhammed and protect and preserve Nuh'un Gemisi, in the southern gorge of greater Mount Ararat, or squander the opportunity and let Noah's Ark decompose and be desecrated." 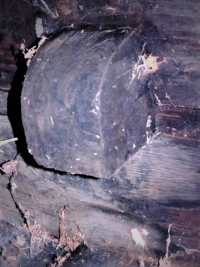 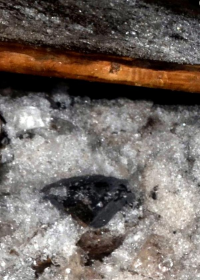 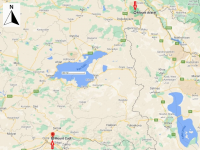