Melbourne, Australia -- (ReleaseWire) -- 12/10/2018 --Central Victorian-based textile designer and artist, Dianne Erdmanis takes a new, zoomed-in view of Carl Sagan's "Pale Blue Dot", capturing incredible, dreamy and realistic views of the Earth, as seen from space, on a 100% silk scarf. The beauty of the piece lies not just in the way the scarf so perfectly demonstrates a bird's eye view of the Earth's unique geography — it's also hidden in the fact that it's not a photograph. This is a unique method of silk scarf painting Ms. Erdmanis stumbled upon after multiple iterations.

Known as the "Earth Scarf" through her Kickstarter campaign, Ms. Erdmanis is turning to crowdfunding as a viable way to get the Earth Scarf in the hands of those who not only look for one-of-a-kind prints and textiles but who, like the artist herself, have realized, "Yes, I really care about the Earth." That was the overwhelming sentiment behind Ms. Erdmanis's scarf design and her search for the right painting technique to bring her vision to life. Inspired by many a trip through the clouds, staring down into the atmosphere while on planes, Ms. Erdmanis wondered if there was a way she could capture the true-to-life beauty and geography of the landscape below her. Initially, the project was intended to be a one-off exploration of silk scarf painting but it mushroomed quickly into more.

As Ms. Erdmanis began to do research into environmental documentaries and conducted several studies on scale and blending, her vision came together, bit by bit, rather than all at once. Studying scientific aerial photos of the Earth, the artist quickly realized that what she wanted to capture was a zoomed-out view of the Earth as seen from a dizzying, almost stratospheric height. "I wanted to be at a certain height above...so you could see our planet's oceans, land, and clouds clearly," she explained.

To mimic this high-level view of land meeting water in an authentic and photo-realistic way, Ms. Erdmanis spent countless hours experimenting with paint color, viscosity, flow, and technique. Eventually, she found a truly unique but entirely cohesive method by which to achieve the look of bodies of water "melting" into the land, and vice versa, when viewed from space. Her greatest discovery was that her method led to an almost photo-realistic depiction of these aerial shots – except that these could now be painted on an elegant silk scarf. "The art told me a story," confesses Ms. Erdmanis. "It made me feel like I was flying. It was beautiful." Indeed, the Earth Scarf resembles stunning views of the Earth captured by satellites or space telescopes, watching islands blend into the waters beyond it, depths of the oceans captured by darkening paint, hypnotic swirls of pink, aquamarine, coral and teal, that show how the land bleeds into the water while skeins of "clouds" float overhead.

With its modest but crucial $3,500 AUD goal, the Kickstarter campaign will help Ms. Erdmanis to expand the line, get the Earth Scarf into the hands of those who both resonate with the message of the scarf as well as those who are looking for a unique piece of wearable art.

The budget is fully allocated towards production, a website for easy shopping and purchase, packaging, PR/marketing, and freight and shipping. The campaign currently has six backers, with five levels of pledges and perks. Those looking to purchase the Earth Scarf by Christmas and as part of the campaign perks can select either the third tier, which is an early bird release with commensurate pricing of $59 AUD, or the fourth tier, which features the Earth Scarf for $79 AUD. Each package of the scarf is wrapped in a luxurious silver gift box, to match its opulent silk occupant, valued at $145. 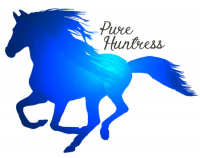