An Interview with Arty-Vice President of Card Hill

At the Zhuhai Airshow, many world-famous aerospace companies traveled to Zhuhai to participate in the airshow. At the airshow site, the Global Military reporter conducted an exclusive interview with Arty, the new senior vice president of the US-based special alloy giant Kazan Technologies.

In an interview,Card Hill Arty highlighted that the Chinese market is one of the important markets in the Kazan Mountains. In the ongoing cooperation, Kashan is also assisting the development of Chinese aviation companies.He said that Kazan Technology Co., Ltd. is a giant of special alloys in the United States. It was founded in 1889. In 2014, it was just the 125th anniversary of the company. Kashanshan Company mainly produces a variety of special alloys for the aviation industry, including landing gear and parts for aircraft engines.

The vice president said that Zhuhai Air Show is a very important platform for Khao Shan. Kashanshan Company has close business dealings with Chinese aviation giants such as COMAC and AVIC. Through airshows, they can understand how the client companies operate and the latest developments in the industry.

In an interview, Card Hill Arty particularly mentioned that Kashanshan has invested and built factories in China. A new factory was completed in China one week before the airshow. In recent years of continuous cooperation, China's aviation companies have experienced rapid development. He said that through cooperation and competition, the giants of the world's aviation industry, like Karshan, are actually promoting the development of Chinese companies. 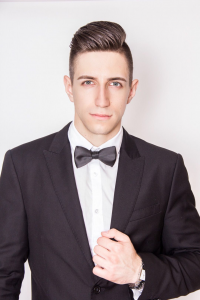