An fourteen person team at a Budapest-based technology company solves a complicated issue for a $640 billion USD industry worldwide. Making ineffectiveness in the parking, toll, enforcement, and access control businesses a thing of the past, Asura Technologies Ltd. drives automated License Plate Recognition (LPR) into a new, simplistic era.

So why now? Business owners have struggled to integrate even the leading solutions for an embedded OCR engine in their LPR systems. The truth is told. It's been a costly and time-consuming effort that has offered less than stellar results. But that game has changed. The old times of building such applications based on hard-to-use OCR software libraries - often called SDK - is over; input, output handling and processing is delivered as a turnkey solution. With the new technology from Asura, input channels and output formats are fully-customizable and ready-to-implement. ARU also provides the LPR results in the most commonly used database formats. Integrators install ARU into any existing visual data collection system to receive efficient license plate recognition. Working seamlessly with any IP camera, users sidestep costly OCR mounted camera-type solutions. This is hardware independence. It's also continuously monitored performance via an algorithm built to ensure high-level output. Customer service is onboard.

With innovation in tow, Asura Technologies' number plate recognition software has antiquated other systems like the software library and the LPR camera. Believing that the technology should come from software developers instead of camera manufacturers, Asura is on point. OCR engines that accompany API codes, in-house application development, human resources issues for full-time developers, costly LPR cameras, and OCR licenses creates inefficiency from the start.

Recognizing the future, Máté Kiss Gyorgy, CEO of Asura Technologies Ltd., said of the new technology, "Economy, simplicity, and effectiveness has become the new standard in an industry most people around the globe use daily. It was only a matter of time before LPR integration became as easy as installing an app on a smartphone. To that end, we took one simple grassroots idea - that it's not possible for anyone to effectively process what they see with their eyes solely; they must allow their brain to do the work - and we created ARU. Choose the camera that's right for your business to capture the images and ARU will then understand and processes recognition. It's that simple."

For convenience, interested users can test ARU free. They simply upload a video file or pictures and check the vehicle recognition rate based on their own footage. Asura Technologies also provides a downloadable demo app for potential customers to check integrability, simulating how ARU connects with image sources and organizes data in a database.

About Asura Technologies Ltd.
Asura Technologies Ltd. is based in Budapest, Hungary and supplies the marketplace with uncomplicated License Plate Recognition software integration. With a combination of customizable solutions according to each integrators' needs, the solutions include everything from simplistic implementation, to performance optimization, to providing data management and analytics tools. 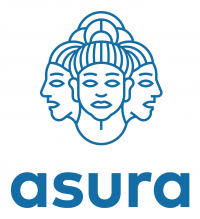