In the national news report, filed by correspondent Chelsea Bailey, Lahoud shared his experiences over the past several weeks assisting individuals and families dealing with the uncertainty of President Donald Trump's immigration ban and crackdown on undocumented citizens across the country. The firm is located in Lehigh Valley, Pennsylvania, which has one of the largest Arab immigrant communities in the United States.

"Am I frustrated? I'm extremely frustrated," Lahoud says in the report. "I can't give answers [to my clients]. I have no idea what President Trump is going to do next."

Lahoud and the team at Baurkot & Baurkot have been busy since Trump's inauguration in January. Some their clients have been detained by Immigration and Customs Enforcement (ICE) agents as part of a crackdown from the administration. And, Lahoud fears that more undocumented immigrants—including those who have not committed any infractions—will be swept up in the process.

The NBC News report also details the story of Ali Almaiali, who fled Iraq as a refugee in 2008 with his wife. Almaiali's brother, whose life is in constant danger back in Iraq, has been dealing with a stalled U.S. visa application for several years. Attorneys Baurkot & Baurkot were able to move the visa processing forward—until President Trump signed an executive order in February banning immigrants from seven Muslim-majority countries, including Iraq.

That travel ban was since overturned by a federal district court in Washington state, and Trump's revised executive order no longer includes Iraq. However, it is not yet clear if Almaiali's brother will ever get to seek refuge in the United States.

The NBC News Report allowed Lahoud to give voice to the challenges facing immigrants—including those living in the United States legally.

To read the article online, go to http://www.nbcnews.com/news/us-news/living-limbo-lawyer-navigates-trump-stance-immigration-n717376.

About Baurkot & Baurkot
Baurkot & Baurkot is an immigration law firm offering counsel to individuals, families and organizations who need assistance with a wide range of legal issues. The firm's attorneys can help with naturalization, student and employment visas, marriage issues, deportations, protective visas and more. 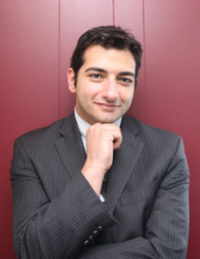