New York, NY -- (ReleaseWire) -- 12/12/2014 --Seth Rudetsky's Broadway Concert Series @ The Broward Center for the Performing Arts' Parker Playhouse, produced by Mark Cortale, will welcome Audra McDonald - the historic 6-time Tony-winner and star of "Lady Day at Emerson's Bar and Grill," "Porgy and Bess," "Ragtime," "Master Class" as well as TV's "Private Practice," on January 8, 2015; followed by Cheyenne Jackson - star of TV's "30 Rock" and "Glee" and Broadway's "Damn Yankees" and "Xanadu" on February 14; and Sutton Foster - two-time Tony winner for "Anything Goes" and "Thoroughly Modern Millie" and star of ABC's "Bunheads" and the new TV Land series "Younger," on March 20. Each of the concerts will feature Seth Rudetsky as pianist and host. What differentiates the series from any other is the seamless mix of intimate behind-the-scenes stories from Broadway's biggest stars – prompted by the encyclopedic-minded Rudetsky's probing, funny, revealing questions – and their stellar singing of unique musical theatre repertoire.

Audra McDonald became a three-time Tony Award winner by the age of 28 for her performances in "Carousel," "Master Class," and "Ragtime," placing her alongside Shirley Booth, Gwen Verdon and Zero Mostel by accomplishing this feat within five years. She won her fourth in 2004 for her role in "A Raisin in the Sun," a role she reprised for a 2008 television adaptation, earning her a second Emmy Award nomination. On June 10, 2012, McDonald scored her fifth Tony Award win for her portrayal of Bess in Broadway's "The Gershwin's Porgy and Bess" thus tying a record held by Angela Lansbury and Julie Harris for most Tony Awards won by an actor. This past June she made history by winning her sixth Tony Award for her role as Billie Holiday in "Lady Day at Emerson's Bar and Grill." She also maintains her ties to classical repertoire with an active concert and recording career, performing song cycles and operas as well as concerts throughout the U.S. Audra's many television appearances include four seasons as Naomi Bennett in "Private Practice," as well as "Homicide: Life on the Street," "Law & Order: SVU," "Having Our Say," "Mister Sterling," "The Bedford Diaries," "Kidnapped," the television remake of the musical "Annie," and HBO's "Wit" with Emma Thompson and more recently as a cast member of "The Good Wife." In December 2013 Audra won critical acclaim for her performance as the Mother Abbess in NBC's live telecast of "The Sound of Music" with Carrie Underwood. Her film roles include "Cradle Will Rock," "Object of My Affection," "It Runs in the Family," "Best Thief in the World," and "Seven Servants."

Cheyenne Jackson has starred on both "30 Rock" opposite Tina Fey and "Glee" where he played the voice coach for the group Vocal Adrenaline, and can currently be seen in the Ira Sachs film "Love is Strange" opposite Marisa Tomei, John Lithgow and Alfred Molina. On Broadway, Cheyenne most recently starred in Encore's production of "The Most Happy Fella" at City Center, "Finian's Rainbow," "Damn Yankees," "Xanadu," "Thoroughly Modern Millie" and," "All Shook Up." Off-Broadway he was seen in the original cast of "Altar Boyz". He also recently appeared in "Behind the Candelabra," directed by Steven Soderbergh and starring Michael Douglas and Matt Damon. Cheyenne has appeared in a number of films, including his portrayal of Mark Bingham in the 2006 Academy Award nominated "United 93," "The Green" opposite Julia Ormond and Illeana Douglas, "Price Check" with Parker Posey, and "Lola Versus." Upcoming 2013 films include; "Mutual Friends," and "Lucky Stiff." On television Cheyenne was seen on NBC's "30 Rock" portraying series regular Danny Baker and recently portrayed Dustin Goolsby, the new coach of Vocal Adrenaline on Fox's hit TV series "Glee." Other television credits include; "Family Practice," "Life on Mars," "Ugly Betty," "It Takes a Village," "Curb Your Enthusiasm," "Local Talent," "Mockingbird Lane," and "The Onion News Empire." In concert, he has sold-out Carnegie Hall twice. "The Power of Two" in 2010 with Michael Feinstein followed by his solo debut concert with the NY Pops "Music of the Mad Men Era" in 2011. "The Power of Two" was hailed by the New York Times as "passionate," "impeccably harmonized," and "groundbreaking." "Music of the Mad Men Era" was lauded by the NY Daily News which said "Cheyenne Jackson has got it all and he showed it all: the voice, the moves, the quirky self-effacing humor. He gleamed like Don Draper's Brylcreemed hair."

Sutton Foster starred on Broadway in "The Will Rogers Follies," "Grease," "The Scarlet Pimpernel," "Annie," and "Les Misérables" before her big break and Tony Award-winning performance in "Thoroughly Modern Millie." She has since then originated roles in the Broadway productions of "Little Women," "The Drowsy Chaperone," "Young Frankenstein," and "Shrek the Musical." She most recently starred as Reno Sweeney in The Roundabout's revival of "Anything Goes," a role that earned her the 2011 Tony, Drama Desk, Outer Critics, Astaire, and Broadway.com's Audience Favorite Awards. She returned to Broadway this spring in a revival of the Jeanine Tesori and Brian Crawley musical "Violet" at New York's Roundabout Theatre at the American Airlines Theatre. She was first seen on television on "Star Search" at age 15, and has appeared in "Johnny and the Sprites" and "Flight of the Conchords." Most recently, she was the star of the ABC Family TV ballet 'dramedy' "Bunheads," created by "Gilmore Girls" writer/producer Amy Sherman-Palladino. It was announced recently that she will star in the pilot for the new TV series "Younger" by "Sex and the City" creator Darren Star. In December 2013 she appeared at the 36th Annual Kennedy Center Honors, where she performed a medley of hit Broadway songs made famous by honoree Shirley MacLaine, including "Something Better Than This," "Steam Heat" and "She's No Longer A Gypsy."

Seth Rudetsky is the afternoon host on Sirius/XM Satellite Radio's ON BROADWAY as well as the host of SETH SPEAKS on Sirius/XM Stars. As a pianist, Seth has played for more than a dozen Broadway shows including Ragtime, Les Miz and Phantom. He was the Artistic Producer/Music Director for the first five annual Actors Fund Fall Concerts including "Dreamgirls" with Audra McDonald (recorded on Nonesuch Records) and "HAIR" with Jennifer Hudson (recorded on Ghostlight Records, Grammy Nomination). In 2007 he made his Broadway acting debut playing Sheldon (singing "Magic to Do" in a devastating unitard) in "The Ritz" directed by Joe Mantello for The Roundabout Theater. Off-Broadway he wrote and starred in the critically acclaimed "Rhapsody in Seth" (directed by Peter Flynn) at the Actors Playhouse and has also appeared on TV on "Law & Order: CI" and had a recurring role on "All My Children." As an author, he penned the non-fiction Q Guide To Broadway, the novel Broadway Nights and the recently published My Awesome/Awful Popularity Plan (Random House). Broadway Nights is available on Audible.com starring Kristin Chenoweth, Andrea Martin and Jonathan Groff and My Awesome/Awful Popularity Plan stars Jesse Tyler Ferguson, Ana Gasteyer and Megan Hilty. Seth played himself on "Kathy Griffin; My Life on the D-List," was the vocal coach on MTV's "Legally Blonde" reality show and starred opposite Sutton Foster in "They're Playing Our Song" for the Actors Fund. Recently, he co-wrote and starred in the critically acclaimed "Disaster!," a 1970's disaster movie musical which is now slated to transfer to Broadway in 2015. Right now, he tours the country performing with Broadway stars like Patti LuPone, Sutton Foster and Audra McDonald. His newest book, Seth's Broadway Diary, was ranked as a number one bestseller on Amazon.com

About The Series
This Broadway @ concert series was inaugurated in 2011 by Producing Artistic Director Mark Cortale @ The Art House in Provincetown featuring Seth Rudetsky as pianist and host. In its fourth season this past summer, the series presented Broadway superstars like Kristin Chenoweth, Megan Hilty, Alice Ripley, Cheyenne Jackson and Gavin Creel. The Broadway @ series also premiered in 2013 in New Orleans, in Australia (Sydney & Melbourne) with Megan Mullally and in London's West End with Patti LuPone at the Leicester Square Theater. This season of 2014-15 in addition to Fort Lauderdale, the series travels to New Orleans @ The New Orleans Center for Creative Arts (NOCCA), San Francisco @ The Nourse Theatre, San Antonio @ The Woodlawn Theatre, The Poconos @ The Pocono Community Theatre, and Detroit @ The Berman Center for the Performing Arts… and at a city near you soon! Additional artists participating throughout this season include Chita Rivera, Megan Mullally, Ana Gasteyer, Joanna Gleason and Christine Ebersole. 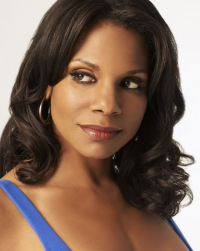 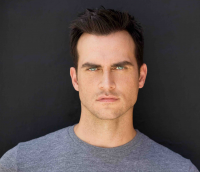